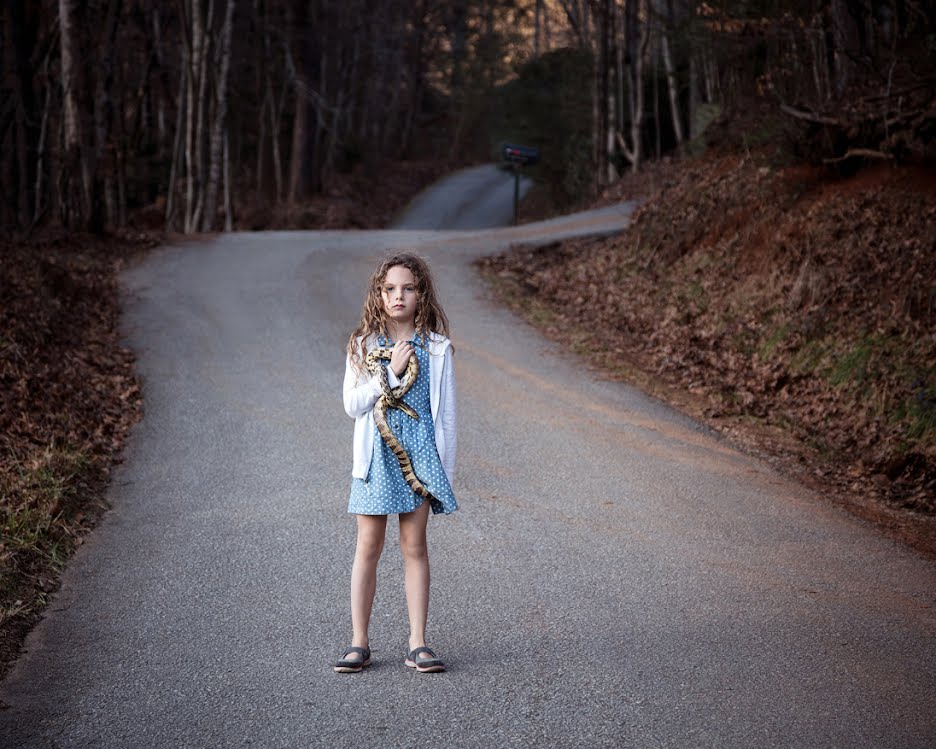 Guggenheim support will allow Jennifer Garza-Cuen MFA 12 PH to build on ideas she explored in her series Imag[in]ing America, which questions the myth of the American dream.

Faculty members Deborah Zlotsky and Yevgeniya Baras and alumna Jennifer Garza-Cuen MFA 12 PH have been awarded 2019 Guggenheim Fellowships that will allow them to temporarily step away from their teaching practices and focus exclusively on making art.

Established in 1925, the John Simon Guggenheim Memorial Foundation awards approximately 175 fellowships each year to “individuals who have demonstrated capacity for productive scholarship or exceptional creative ability in the arts.”

“I’m always coming up with new ways to approach my work and new activities that fuel my creative practice,” says Zlotsky, an associate professor in Experimental and Foundation Studies (EFS). “Having this time to develop the work is a huge, huge gift.”

Her bold, geometric paintings explore “the friction between intention and coincidence through cycles of accumulation, adjustment and repair,” says Zlotsky, who began teaching at RISD in 2013 and has since earned grants and residencies from such organizations as the New York Foundation for the Arts and Studio Art Center International in Florence, Italy.

Zlotsky is preparing for her fourth solo exhibition at Kathryn Markel Fine Arts in NYC, which will open in September. “For most of the summer I’ll be completing work for the show in my home studio,” she says, adding that in July she'll leave her home base outside of Albany to do a residency at Yaddo in Saratoga Springs, NY.

Zlotsky’s colleague in EFS, painter Yevegniya Baras, has also been garnering growing professional recognition in recent years—earning a MacDowell Colony residency in 2015, a Yaddo residency in 2017 and two 2018 residencies funded by the Pollock-Krasner and Chinati foundations.

Since joining the faculty at RISD in 2018, she has shown her evocative, layered paintings in solo exhibitions at Reyes Projects in Detroit and the Landing Gallery in Los Angeles. In addition, her work has been on view in New York at Steven Harvey Fine Art Projects and Nicelle Beauchene Gallery, where Seam, Scar, Sign continues through May 26.

“Physicality is important to my process,” Baras recently told Art Maze Magazine. “Sometimes I encounter a material that I have not touched before, and the physical newness of the encounter gives me an opportunity to diverge in my process—serving as a fork in the road, a new problem to solve.”

Garza-Cuen, an assistant professor at Texas A&M University, is focusing less on materiality than on place. As a Guggenheim Fellow, the “placeless” artist plans to photograph her family’s immigration trajectory and its intersection with a uniquely American assimilation myth.

“I intend to mingle archival photos, newspaper cuttings, letters and other ephemera with contemporary images in order to create a narrative of multigenerational migration,” she explains.

In 2018 Photo District News named Garza-Cuen one of 30 New and Emerging Photographers to Watch. Her work has been published in such journals as Dear Dave, Contact Sheet and Blink, and she has been invited to participate in residencies at the Robert Rauschenberg Foundation, Light Work, Ucross, Oxbow and the Vermont Studio Center, among others.

“Our society treats place as a central identifying characteristic, second only to name and followed closely by profession,” Garza-Cuen says. Her ongoing series Imag[in]ing America depicts place in the US as a “residue of cultural memory, an inheritance. It is a metaphorical memoir,” she explains, “a narrative retelling of facts and fictions and a discovery of the dreamland that still is America.”