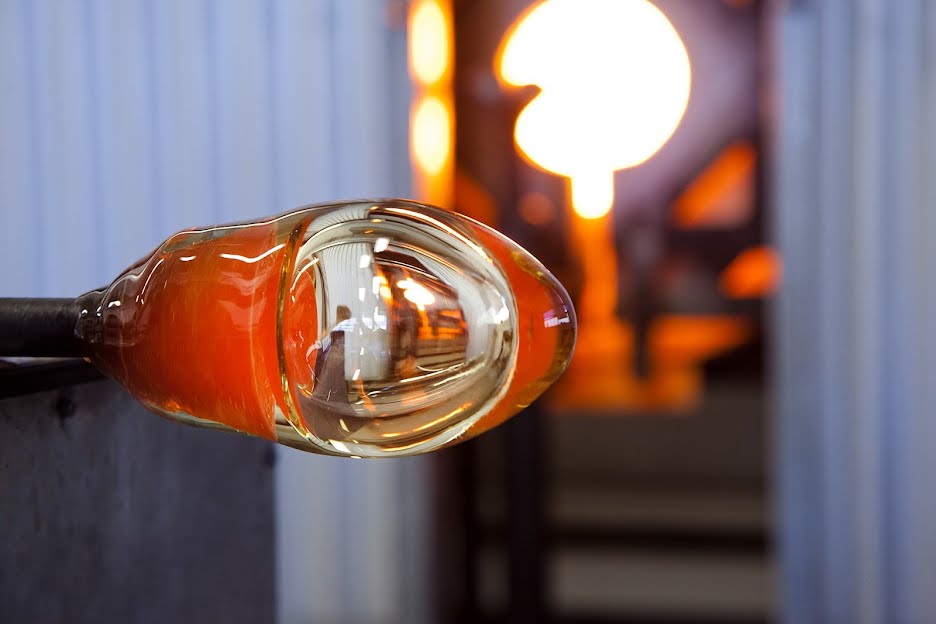 As its 50th anniversary celebration comes to a close this fall, RISD’s Glass department continues to attract national attention, with Department Head Rachel Berwick 84 GL delivering the keynote address at UrbanGlass’ annual symposium in NYC. Called Alchemy: Innovation and Experimentation in Studio Practice, her October 13 talk focused on RISD’s multidisciplinary approach to studio exploration and how she and her team attempt to open students’ minds to taking risks, using their work to make subtle contextual connections and paving their own creative paths after RISD.

“Glass is a material that inherently lends itself to transformation,” says Berwick, “and the theme of alchemy surfaces over and over again in both student work and classroom discussion.” Like alchemists of the past, she adds, Glass students are compelled to “write their own stories” after graduating, to question the world around them and come up with new definitions and new applications for their skills.

“RISD alumni are incredibly well prepared for professional practice,” says Berwick. “They’re teaching, setting up their own studios and really shifting the conversation.”

Among the ways the Glass department has continued to evolve since Berwick began leading it in 2001 is in its continuing shift away from the notion of developing virtuosic masters of the medium. Instead, students are not only encouraged but expected to continue experimenting—and failing—throughout their years at RISD and beyond.

“Learning is all about asking questions and taking risks in the studio,” Berwick explains. “Our shared goal in the Glass department is to open students up to the possibility of wonder by encouraging them to pursue projects that lead to outcomes and possibilities they couldn’t even imagine before they got started.”

Berwick is similarly committed to taking curricular risks, inviting a wide range of guest speakers—everyone from cultural critic Lawrence Weschler to artist Sarah Oppenheimer to painter Vincent Valdez 00 IL—to campus to speak about work that may or may not connect directly with what students are doing. Sometimes, she says, the connection is made immediately; other times it’s months or even years after a speaker’s visit.

A 2016 department-wide project focused on alchemy, for example, tapped into the work of visiting historian Pamela H. Smith and brought together Brown scientists, Corning scientist Jane Cook and Düsseldorf-based curator Dedo von Kerssenbrock-Krosigk, among others, for a collaborative attempt to recreate a 16th-century recipe for gold ruby glass.

“We made a huge investment of time and resources even though we had no idea how it was going to turn out,” says Berwick. And although they weren’t able to get the recipe to work as described, the experiment itself surfaced ideas and connections that resonated with students over time.

Glass artist Tavares Strachan 03 GL says that contemporary civilization has entered an “age of glass” not unlike the Bronze Age or the Iron Age, and Berwick very much agrees. “Glass is embedded in our culture,” she notes. “It’s everywhere you turn, part of every conversation—from science to art to commercial applications. That amazing, ubiquitous scope is what makes teaching in this medium so exciting.”

A new book focused on 50 Years of RISD Glass will be officially released on November 13at the Cooper Hewitt, Smithsonian Design Museum in NYC.

Glass students and faculty members team up with visiting scientists and historians to test and validate a 16th-century recipe for gold ruby glass.

Using the Landscape of Glass

Multidisciplinary artist Kim Harty 06 GL is excited to step up and lead the glass program at the College for Creative Studies in Detroit.