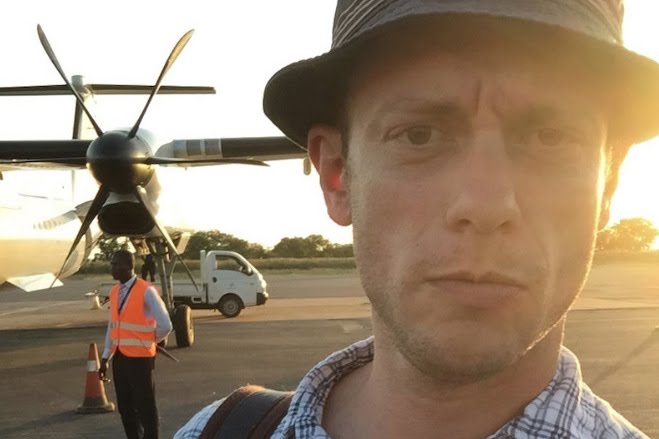 Other recent projects helped to increase rice production in Haiti, explored anti-poaching methods at work in Uganda’s wildlife preserves and tapped into the STEAM movement right here at RISD. In 2014 Freiband led a team of film students in analyzing a cross-disciplinary event organized around redesigning protective gear for health care workers fighting Ebola in West Africa.

At a wide-ranging sabbatical presentation in the College Building last Thursday (April 27), Freiband spoke about these projects and expressed frustration about the expected role of the contemporary documentarian. “Starting conversations about change and then walking away” before the system in question is improved, he explained, is a waste of talent.

Freiband has been using his inquiry-based projects to develop a model for embedding filmmakers and other artists into research projects alongside scientists and engineers. He’s also using his own research to build a language and methodology explaining how viewers parse visual information. “Ninety percent of information is shared visually in our culture,” he notes, “but we’re still not teaching kids visual literacy —how to view images critically.”

Freiband’s work with USAID has come to a standstill since the new administration cut the organization’s budget by 70%, so he is now working locally on universal questions about nonverbal communication and other ways our perceptions are shaped by layers of subconscious metadata. He made his political views clear at the lecture by giving away these nifty souvenirs.

Students and faculty collaborate to brainstorm new tools and techniques for battling the epidemic in West Africa.