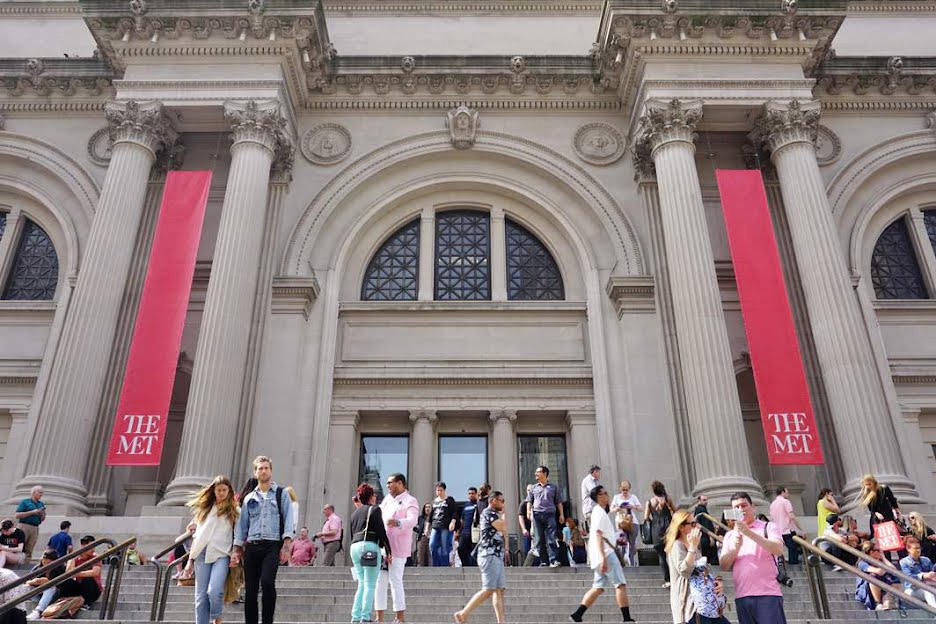 With Toward Equitable Met Ticketing, five recent graduates are speaking out against the NYC museum's new admission policy for out-of-state visitors.

In January the Metropolitan Museum of Art in New York announced that, effective in March, it would begin charging a $25 admission fee for visitors coming from out of state, ending 50-plus years of “pay as you wish” entry for all guests.

Among several critics who immediately spoke out about the new policy is a group of alumni who launched the Towards Equitable Met Ticketing campaign in mid March. In proposing an income-based admission scale, the recent graduates are urging the museum to put into practice its stated desire to serve “the widest possible audience in a spirit of inclusiveness.”

Equitable Met is a joint effort of Look at Art. Get Paid., an arts research initiative that Maia Chao MFA 17 GL and Josephine Devanbu BRDD 16 PT launched at RISD last year, and Hello Velocity, a digital design studio founded by Lukas Bentel BRDD 15 FD, JS Tan BRDD 15 FD and Kevin Wiesner BRDD 15 ID. Through this initiative the activists are calling attention to how museums cater to a privileged minority at the expense of connecting with underserved communities.

The Hello Velocity team, creators of a sliding-scale retail tool called Gradient, argue in a recent blog post that in order “for the Met... to expand its relevance beyond its affluent white donor base,” it needs the perspectives of visitors from a much broader spectrum of races, ethnicities and socio-economic backgrounds.

The Equitable Met initiative builds on Chao and Devanbu’s first Look at Art. Get Paid. project, a RISD-supported study in which first-time museum-goers and others were hired to visit the RISD Museum and assess how it could better serve racially and economically diverse communities.

In a recent Fast Company story about Equitable Met, Devanbu says, “my concern... is that out-of-state visitors [to the Met] are going to become increasingly people who... disproportionately mirror conventional museum-going demographics—so that’s disproportionately affluent and white.” The activists hope to collect signatures of people who back their proposal and then present it to the Met. “I think that this is an opportunity," says Tan, "for the Met to really play a leadership role” in making art museums more accessible.