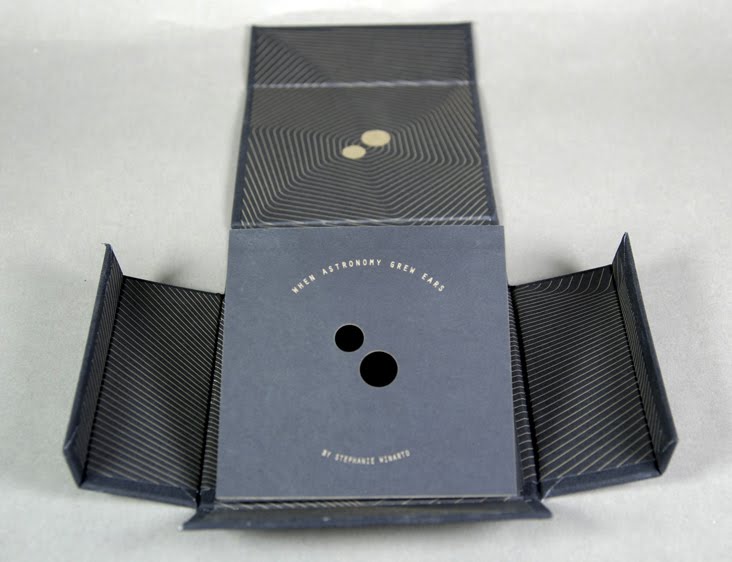 The piece is based on the first-ever detection of gravitational waves in 2015, when physicists heard and recorded two black holes that collided a billion light-years from earth.

Other top winners announced at the opening reception on Wednesday, February 22 are Niya Sun 20 EFS, who won second place for another intriguing intergalactic piece called Murmurs of Earth.

First-year student Aaron Teves BArch 20 earned the Memorial Award for The House Under a Crazy Star, a book he made as the final project in his fall semester Design studio.

Graduate student Charity Appell McNabb MA 17 earned the Laurie Whitehill Award—named in honor of the recently retired Special Collections librarian who helped build the Artists’ Book Collection—for Gathering for Meaning, an unbound book that allows the reader to better understand the gathering, sorting and associations involved in the creative process.

In work on view at the Farnsworth Museum in Rockland, ME, Illustration alum Annie Bailey 10 IL has expressed her fondness for maritime history through an anachronistic storytelling medium that dates back to the 18th century.