Bervin’s Nanoscale Ode to the Silkworm

Poet Jen Bervin explores the intersection of text and textiles in Silk Poems, just published this fall after seven years of research. 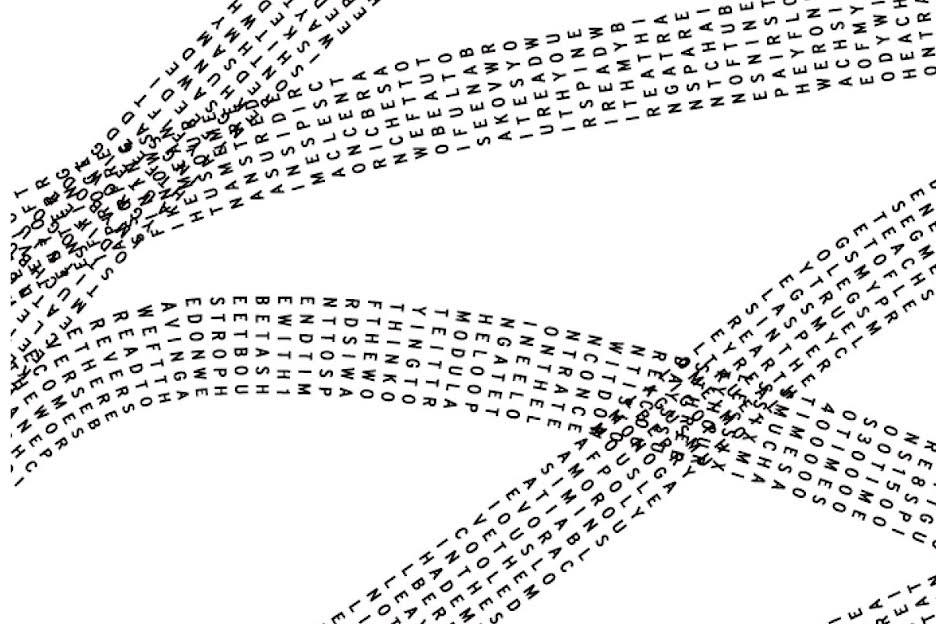 The self-described “nerd,” who came to RISD at the invitation of the Graphic Design department and the Liberal Arts division, explained that her most recent project was inspired by the 5,000-year-old, international history of silk and by recent advances in biotechnology that allow scientists to create implantable biosensors out of silk that help patients monitor levels of glucose in their bloodstreams, for example. “Silk as a material is compatible with body tissues,” Bervin says. “Our immune system accepts it on surfaces as sensitive as the human brain.”

Bervin worked with Fiorenzo Omenetto and his team at Tufts University’s Silk Lab to create a poem (at nanoscale) that was embedded in a silk microfilm readable only through a microscope. “It’s essentially a love poem written from the perspective of a silkworm,” she explains. “When I imagined a person with a silk biosensor implanted under their skin, I wanted to create a kind of protective talisman.”

It was important to the author that the form of her poem take its cues from the material of silk. The poem is transcribed in a six-character repeat based on silk’s genome, and the twisting shape of the strand mimics the pattern created by silkworms when they extrude thread within their cocoons.

Silk Poems is the product of seven years of research conducted at more than 30 institutions around the world, from nanotechnology labs to textiles archives to medical libraries. Some of the poem is written in Mandarin, in part because of China’s important role in the history of silk farming and silk production. Bervin explained that the ancient Mandarin character for silkworm appears in hundreds of seemingly unrelated Chinese words. Since she doesn’t speak the language herself, she invited senior Yuexin Huo 18 GD to join her at the podium and read the Mandarin words aloud.

Bervin’s project has been featured in a year-long exhibition at MASS MoCA, a short film by Charlotte Lagarde and in research archives in Asia, the Middle East, Europe and North America.

Poet and provocateur Kenneth Goldsmith 84 SC leads a cross-disciplinary discussion about questions of plagiarism and originality in art, design and higher ed.