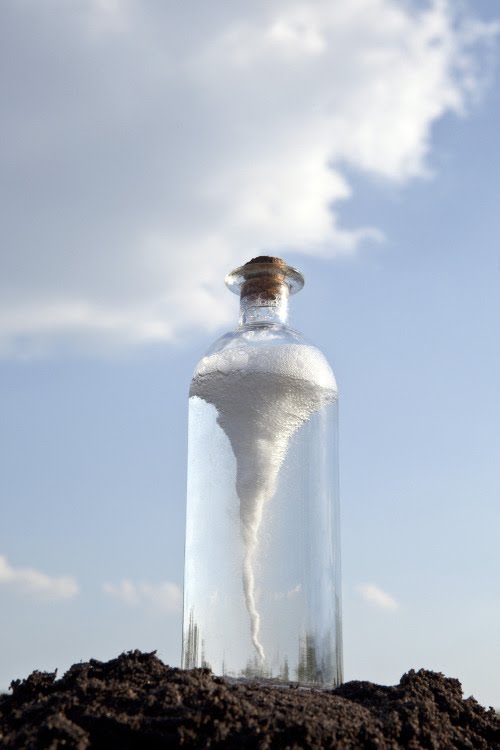 Photographer Laura Skinner MFA 09 PH has begun to attract well-deserved attention for her series Experimental, which captures the marvels of scientific principles in photographs that are both poetic and surreal.

Though she doesn’t have a background in science, Skinner got hooked on playing around with physics and chemistry a few years ago when a friend showed her how to use dish soap, water and lighter fluid to set her hand on fire.

“I have a profound interest in scientific properties as a means of understanding the world,” she told a reporter for Wired in late November. In December the Weather Channel ran a short Facebook Live interview with her about the series.

Skinner also accepts that failure is as much a part of the scientific process as it is in making art. So she exhibits a lot of patience as she continues to try simple new experiments and photograph them in her basement and backyard in Louisville, KY.

For instance, to get this shot of a matchstick rocket launching 10 feet into the air, Skinner performed the experiment more than 150 times. “My failure rate is high,” she admits.

But the results are intriguing, the artist says. “As demonstrative as the images are, they remain mysterious…. both forthright and totally unreliable.” Given “photography’s tenuous relationship with ‘truth,’ they generate more questions than answers…. Ultimately, science can tell us the how of the universe but never the why.”

A solo exhibition at the RISD Museum takes viewers on the road with Photography Critic Jesse Burke MFA 05 PH and his young daughter.