Carving a Personal Path at RISD 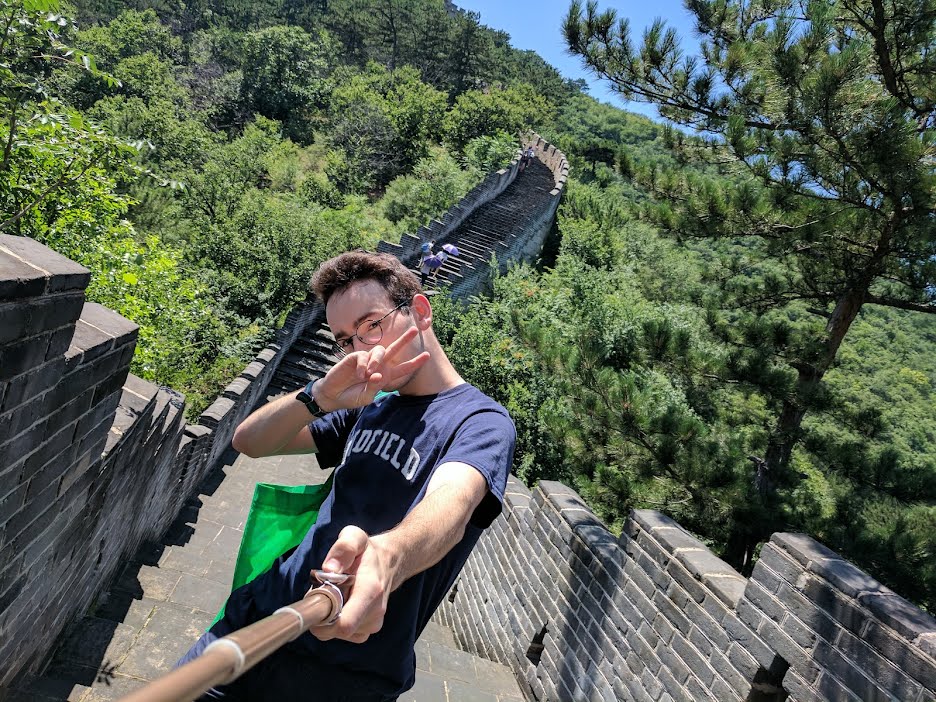 “Beijing can feel like a concrete jungle,” says rising senior Dennis Krawec 18 ID, “but this campus is gorgeous and really green, so it feels more like an oasis.” The Industrial Design (ID) major is speaking about Tsinghua University—one of China’s oldest—where he’s immersed in an eight-week language intensive this summer. This is actually his second summer studying Chinese in Beijing, building on the language classes he began taking at Brown as a sophomore. His motivation? “Chinese is the most spoken language on the planet,” he says. “I hope to use it to connect with creators outside of the western hemisphere, to break out into the larger design world.”

Studying Chinese at Brown is just one example of how Krawec taps into the flexibility available at RISD to shape his own path of study. As a junior he worked with ID Department Head Charlie Cannon to organize an independent study project (ISP) focused on music production with Digital + Media faculty member Edek Sher. Noting that independent study gives students the freedom to pursue personal interests that may not be available as existing studio courses, he says he’s planning another ISP for next year combining photography and art direction.

Last year when Krawec’s own interests shifted to fashion photography and web design, he began playing around on the website-building platform WIX and ended up creating a new site to showcase his work. “The pieces I was making had more of an aesthetic and a realized design,” he says, “so I wanted my website to reflect my style.” He chose to build the site using WIX because of its flexibility in terms of typefaces, color palettes and imagery.

In January when Krawec received an email from WIX encouraging him to enter his site into a contest, he clicked the ‘submit’ button without expecting to hear anything more about it. “Fast-forward three months and I get an email telling me I’m a finalist,” he says, still incredulous at the thought.

Within days Krawec learned that his site was one of three selected winners from more than 100,000 entries. The prize? An all-expenses-paid trip to the Maldives in June, where he and his boyfriend snorkeled, swam with dolphins and sipped cocktails on a private island in the middle of the Indian Ocean. “I felt like Kim Kardashian!” Krawec quips.

During his senior year the ID major plans to focus on building the specific skill set he’ll need to break into fashion photography after graduation. For his senior thesis project, he’s hoping to create a brand showcasing the work of designers of color as well as disabled and LGBQT+ designers. “Again, the focus will be on fashion photography and art direction,” he says, “and I may try to bring Chinese into it somehow as well.”

Krawec started out at RISD as part of the fall 2014 Section 16 in Experimental and Foundation Studies (EFS). He threw himself into a lot of extracurricular activities during sophomore year—volunteering with RISD’s Pre-Orientation Service Experience (POSE), serving in student government and taking part in programs run through the Center for Student Involvement (CSI). But as he got deeper into his major and began exploring his own creative interests, his focus shifted to how best to forge his own academic path during his four short years at RISD.

“I’m focusing on my studies now,” Krawec says decisively. “I’ll probably work in the Career Center again as a senior but otherwise I intend to be less involved in offices and clubs around campus.”

As for his relationship with the 19 other students who were part of his first-semester EFS Section 16, he says, “I’ve stayed really close with some of them. We share an unbreakable bond after suffering through those first Foundation studios together!”

Sophomore Dennis Krawec 18 ID is determined to take advantage of every resource and experience RISD has to offer.