Designing for the Stage 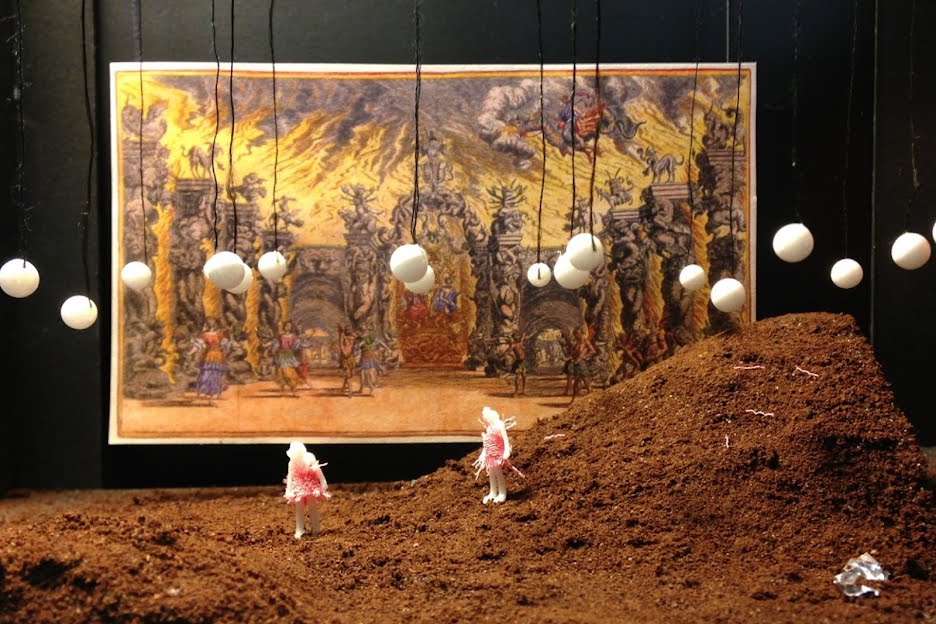 Having studied opera production as a Fulbright fellow in Vienna, Alex McCargar BArch 11 is now designing sets like this one for Die sieben Todsünden at Yale School of Drama.

Former Fulbright fellow Alex McCargar BArch 11 first fell in love with the opera while interning for an architecture firm in Zurich, Switzerland after graduation. At a performance of Die Stadt der Blinden at the Opernhaus Zürich, he realized that the collaborative, multidisciplinary art form synthesizes what he’d previously seen as his disparate interests in art, history, classical music and architecture.

“When the tone of a note works in harmony with the hue of a set, object or light—and the movements of an actor or a singer mediate that relationship—it forms a perfect ecstasy,” McCargar explains. “Experiencing that moment compelled me to find my place within the world of opera.”

The Massachusetts native applied for and landed a Fulbright fellowship in 2015/16 to study opera production in Vienna, where he contemplated approaches to stage design that honor the venerable traditions of opera while combatting its reputation as being outdated or elitist. “The stories that unfold on stage are still so relevant,” he says. “I wanted to help reinvent the art form as something new, experimental and provocative.”

As part of his Fulbright fellowship, McCargar worked with mentors Rudi Risatti and Bernhard Kleber and focused first on researching set design models and drawings at the Theatermuseum Wien and then on working with set design students at the University of Applied Arts, Vienna. Much of his research involved reconstructing stage sets through scaled drawing and model-making, utilizing his advanced architectural drafting skills and the hands-on approach to materials he cultivated at RISD.

“At RISD I learned to use drawing as a way of learning,” McCargar notes, “especially in Architecture.” While he also learned to use digital tools, he says that the physical act of drawing allows him to “see all of the details at once,” much more so than taking a photo or jotting down notes.

“Halfway through the first year in Vienna,” McCargar recalls, “I realized that this is what I really want to do with my life.”

Fast-forward to the present. McCargar is loving his first year of a three-year MFA program in set design at Yale School of Drama, where he’s learning about everything from sound to lighting to costume design and developing his own voice as a set designer. “It’s amazing,” he says. “Every two weeks we’re designing for a different production—from operas involving hundreds of people to small plays with only two or three characters.”

And while he’s interested in pushing the boundaries of set design, McCargar says that it’s important to first develop a deep understanding of the discipline’s history. He also notes that although theater productions frequently travel to multiple countries and showcase the talents of an international cast and crew, stage sets designed for US audiences tend to be more traditional than their European counterparts.

“Europe has such a long history that designers and viewers are a little more forward-thinking and open to experimenting,” McCargar explains. “Since we don’t have medieval castles in the US, American audiences enjoy seeing them onstage whereas in Europe they’re bored of them.”

The Yale MFA program offers access to a wide range of contemporary tools and other impressive resources. “Sometimes it’s really tempting to use a cool new piece of technology,” McCargar says, “but you have to be careful about how you integrate it into an opera that’s 300 years old. You don’t want to make something that looks cool but ultimately distracts from the story.”

Would he encourage other RISD alums to apply for a Fulbright? “Absolutely,” McCargar says. “The program gives you freedom to explore a project that you create to suit your own needs and interests. And [living abroad] is so inspiring. I learned to say ‘yes‘ to everything.”

RISD Cited as a #1 Fulbright Producer

RISD is once again named the top producer of US Fulbright students among special-focus four-year institutions.