Designs to Make a Difference

In 2005 Nathalie Jolivert BArch 12 moved to the US to escape political violence. 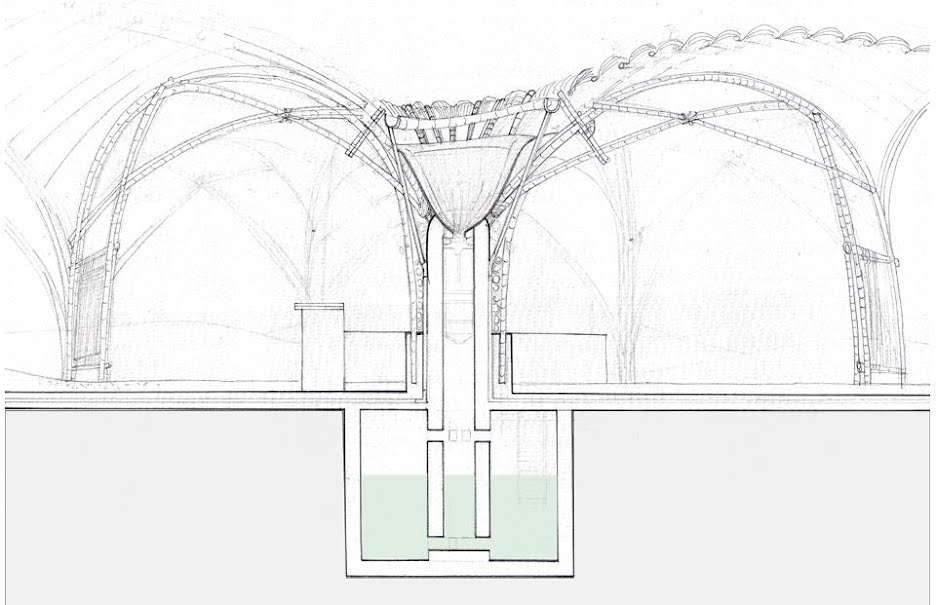 In 2005 Nathalie Jolivert BArch 12 moved to the US to escape political violence. In 2010 she survived the earthquake that leveled Port-au-Prince, Haiti, the city she calls home. More than most, she understands the importance of respecting a culture’s material history: In the aftermath of the quake, she saw new concrete structures turned to rubble while century-old gingerbread houses – many of them built by Haitian architects – withstood the seismic forces.

This month Jolivert’s dream of returning to Haiti as a bona fide architect got a major boost when Gensler, a global architectural and design firm, selected her as the winner of its 2011 Diversity Scholarship, an award that will cover the cost of her fifth year at RISD and offer her a full-time internship at the San Francisco-based firm this summer. “It’s an honor for me to receive theGensler Diversity Scholarship,” she noted in the press release announcing the juried award, which recognizes emerging talent among African-American college students. “Not only does this scholarship bring financial relief to my family, but with the mentorship and internship programs provided, my education will surely be enriched.”

Now in its third year, the Gensler Diversity Scholarship received a record-breaking number of applications this year from accredited architecture programs nationwide. Jolivert, the first RISD student to ever win it, was in class when she got the call and says she couldn’t have won without the help of her RISD classmates – especiallyAndreas Nicholas 13 FAV, who has organized RISD events for Haiti and produced Jolivert’s video submission for the final phase of the competition.

Her recent win “is still pretty overwhelming to think about, and it truly speaks to how supportive we can be to each other at RISD through interdepartmental collaboration,” says Jolivert. “It’s an incredible opportunity to work at Gensler, because their work touches on so many aspects of architecture, from residential to urban planning and projects for clients around the world. I’m really interested in being exposed to that scope of work.”

Jolivert’s winning submission explored many of the concerns she hopes to address in her homeland: history, sustainability, urban planning and the balance between commercial tourism and respect for indigenous culture. Yet, created for a class in ecological design taught by Associate ProfessorHansy Better Barraza, the designs she submitted were actually intended for a client very much outside her own culture: the Wayuu tribe, a semi-nomadic Amerindian group living in northern Colombia. The set of structures she proposed address a number of design challenges, from collecting rainwater to using materials that would resist the cracking caused by the arid climate in the region.

“I explored the material that was available in that area, and my precedent was a Colombian architect who worked with bamboo in a very innovative way,” Jolivert says. “The Wayuu women have a strong tradition of weaving, so I built a center that would allow tourists to come and buy the work from the women who weave, but also would not be too close to the residential settlements, so people could learn about their culture without invading their privacy.”

In developing her designs, Jolivert was inspired both by the Wayuu’s own building techniques – with rooftops made of dried cactus hearts and woven lattice walls of mud, hay and canes – as well as unique living spaces calledenramada, common areas close to the main house for familial and communal activities.

“Nathalie’s submission was very original and shows very sophisticated thinking on a unique project in a culture other than her own,” saysCarlos Martinez, a principal and design director at Gensler who served on the jury. “Her design solution integrates sustainability, social responsibility and innovation.”

Community and social responsibility are values that have permeated Jolivert’s work and life. Early on, she set aside her creative interest in fashion and apparel design, knowing it would not give her the tools she would need to make meaningful change in Haiti. Her drive to help Haiti through design deepened in 2010 when her father, engineerMuriel Jolivert, perished in the earthquake while conducting a site visit at a school with structural deficiencies.

“It’s been very hard, but also bizarre. It can be hard to grieve when you think about the scale of the destruction and death that took place,“ Jolivert says. “Our house [which was built by her father in the Nazon section of Port-au-Prince] was fine, but two steps away another house collapsed with a family inside.”

Jolivert’s family recently made the difficult decision to shut down her father’s engineering practice. But Jolivert says her resolve to confront Haiti’s post-earthquake challenges remains. “My father and mother taught me about perseverance,” she says. “That is how I find the strength to carry on. My parents have always encouraged me and my siblings to move forward, no matter what.”