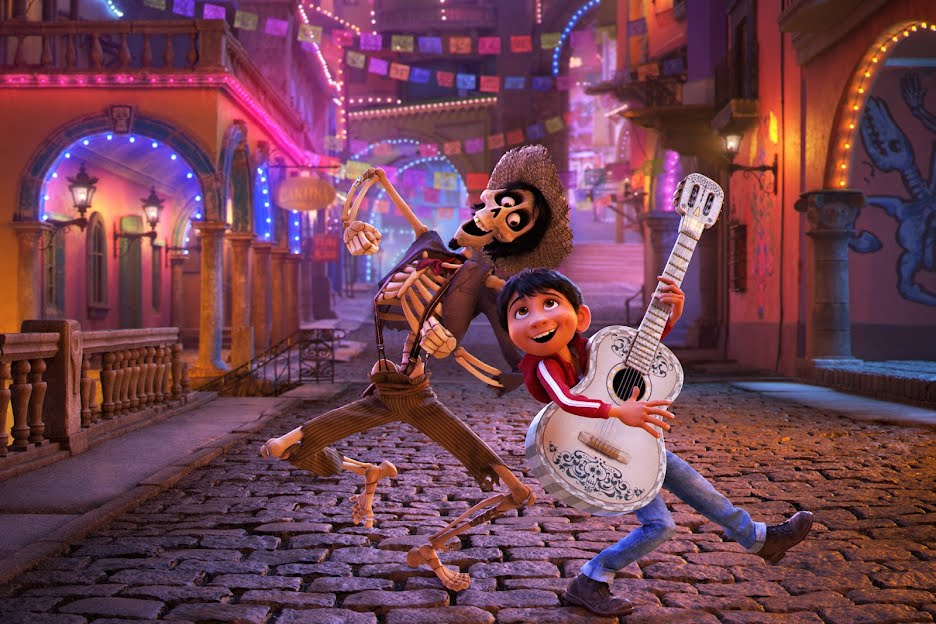 Lead story artist Dean Kelly 98 IL worked as part of a top-flight production team to get all the nuances right with Pixar’s new hit Coco.

As Disney-Pixar’s latest animated feature Coco moves audiences across the US, lead story artist Dean Kelly 98 IL is reflecting on his role in bringing the colorful tale to life. Although he’s now intently working on The Incredibles 2, the four years he devoted to Coco is still fresh in his mind and in his heart.

“I was doing the storyboards on Monsters University when Lee Unkrich… got the green light to direct Coco,” Kelly recalls. “He remembered seeing the work I was doing on those storyboards, and how cinematic they were, and… pitched me the story of Coco.”

Though the story began as a tearjerker about a Mexican-American kid who returns home after losing his mother, it quickly evolved into the more upbeat film that was ultimately released. It features a 12-year-old boy named Miguel who dares to reject the family shoemaking business in order to make his way in the world as a guitarist. As he’s trying to figure things out, the boy seeks advice from his dead great-great-grandparents, whom he’s able to connect with on Mexico’s dazzling Day of the Dead.

Kelly says that he and his colleagues were able to capture Mexico in all its glorious visual detail thanks to numerous site visits and copious research using live-action archival film footage. The vibrant southern city of Oaxaca served as inspiration for Coco’s land of the living and Guadalajara to the west for its land of the dead. “It was real-world,” the artist says of the research trips—“something you can’t Google.”

Kelly recalls with wonder his firsthand experience of Mexico’s Day of the Dead celebration. “Everything is lit by candlelight,” he says. “You hear the trumpets, you hear the guitars, you hear accordions, you hear people singing.” As part of their approach, the animators took special care in drawing Miguel’s hands as he plays guitar, filming musicians playing the songs and then carefully reproducing the movement of their fingers on the strings.

Getting every detail just right in order to create an authentic experience for viewers is part of what makes working at Pixar so satisfying for Kelly. He has known since he was a kid growing up outside of Boston that he wanted to work in animation, but at RISD he chose to major in Illustration as a pathway to that goal. “As long as I can remember, I wanted to draw—and I wanted to draw for Disney,” he told a Boston Globe reporter.

After graduating from RISD, Kelly worked for a commercial animation studio in Minneapolis before moving to LA to work on The Simpsons and then Avatar: The Last Airbender. In 2009 he landed a position at Pixar—where a number of other RISD alumni also appreciate the creative collaboration that goes into making each film—and he has been blissfully shaping captivating stories for the big screen ever since.

Many RISD alumni have been involved in shaping the look and feel of The Simpsons, now the longest-running animated sitcom on American TV.