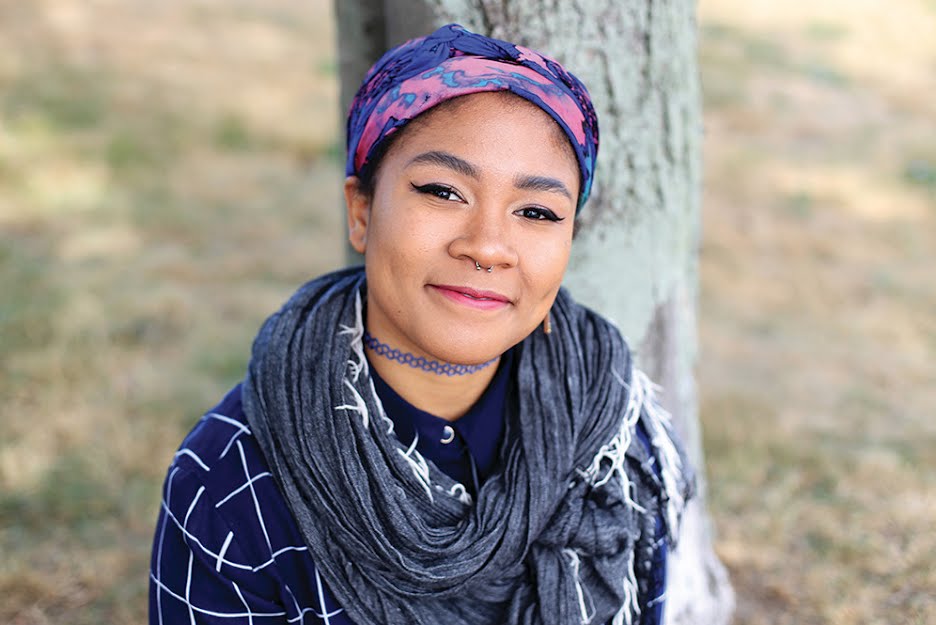 Despite the fact that she has been drawing and painting obsessively since she was a child, attended an arts high school her senior year and was accepted to RISD as an Early Decision applicant, junior Naomi Bradford 19 FAV still struggles with the sense that she doesn’t actually belong at RISD. So when she learned last spring that she has been named the first-ever Seth MacFarlane Scholar, it meant more to her than anyone could have imagined.

“I actually cried when I read the email offering me the scholarship,” says Bradford. “It’s a huge honor. It means that RISD’s faculty sees my potential and wants me to be here.” And the scholarship package—which covers tuition, room and board—allows her to focus on honing her skills and making work that she loves “and that others will connect to,” she says.

Seth MacFarlane 95 FAV—who became the highest-paid TV executive just years after graduation—says that attending RISD was one of the best decisions he ever made. In recognition of the life-changing opportunities he received here, he has established a $1.25-million endowed scholarship to enable students with financial need to benefit from everything RISD has to offer. A scholarship recipient himself, the Hollywood mogul is best known for creating such influential, long-running animated series as Family Guy, along with the absurd Ted movies (about a talking teddy bear) and the new Star Trek spoof, The Orville.

Like MacFarlane, Bradford selected Film/Animation/Video as her major, but she isn’t yet sure whether she’ll focus on the Animation or Open Media track. “I’m leaning toward Open Media,” she says, “because it’s less restrictive; it allows you to combine animation and live action footage.”

Bradford says she hopes that her work as a filmmaker will “bring people closer together. There’s a lot of loneliness around,” she adds, “and I’m realizing that the first step to connecting with others is learning to love yourself.”

The admittedly introverted young artist says that reading novels and poetry helps keep her “sane.” She joined WORD!, a spoken word group made up of both RISD and Brown students, as a way to balance intense effort in the studio. “I’m focused on staying healthy, both mentally and physically,” she explains, “and I found people at WORD! who support me for me.”

Bradford also relies on words when she’s stuck for a new idea or facing a difficult deadline. “Crits have been a challenge,” she notes. “I’ve begun writing an essay about my work before I go into crit, and that helps me explain the piece to other people. Now, even before I get started on a project, I begin by writing my ideas down.”

Although graduation still feels like the distant future, Bradford is pretty sure she’ll move to LA after RISD. She’d love to work for an online media organization like Buzzfeed or Vice but also sees herself teaching, perhaps through an organization like Teach for America. “I hope to have a lot of careers in my lifetime,” she adds.

For now, Bradford says, she’s absorbing everything she can as an FAV major, learning to fully realize her conceptual ideas and to articulate those ideas with a camera. “I see a lot of pictures in my mind,” she says, “and I’m doing the necessary work to get those pictures to move.”

As one of the first recipients of the new Rosanne Somerson Scholarship, Levi Campello 19 AP is pleased to be able to focus on his studio work without worrying about finances.

After earning a Somerson Scholarship, graduate student Sanié Bokhari MFA 18 PT is able to evolve her artistic voice by commenting on her experiences as a Pakistani living in America.