Equipped with a Purpose 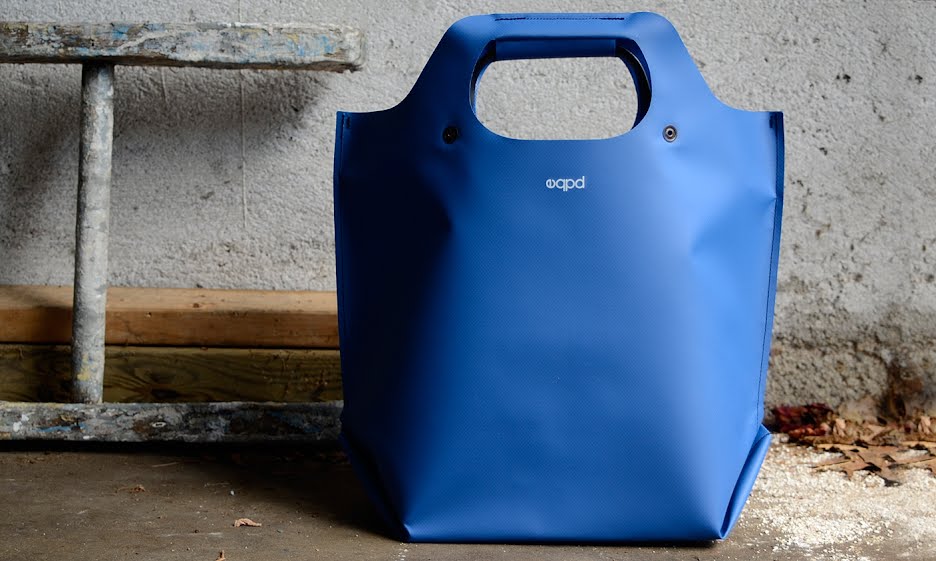 Made from industrial-strength materials, the LastBag from eqpd exemplifies the company’s approach to sustainability and social responsibility.

Jonathan Baker 97 ID and Sean Donovan 94 IL did not cross paths at RISD. As transfer students, Baker began a “sleepless three years in Industrial Design” just after Donovan, who majored in Illustration, graduated and went on to launch a variety of creative pursuits in Providence. But when they did meet a few years later—virtually, as colleagues at a leading athletic-equipment company—they bonded over a belief in the transformative power of design. “We truly believe,” Baker says, “that designers can create better systems and better outcomes” for both the products they make and the people they serve.

Today the duo is moving closer to realizing their ambitions with eqpd, a softgoods company Baker founded three years ago in the small town of Twisp, WA. Utilizing sustainable materials and manufacturing processes, they create utilitarian bags that are “reusable for a lifetime”; every owner of an eqpd bag, the partners say, represents one fewer contributor to the world’s alarming overuse of disposable plastic bags (at a rate of more than one million per minute worldwide, says Baker).

“I wanted to make a product that could be used by the whole human race and potentially solve some real problems,” Baker continues. This commitment to design as an agent of positive change is exemplified by their signature product: a waterproof, industrial-strength tote called the LastBag. It’s an everyday product made so sturdily that “it’s the last bag you’ll ever need,” Donovan says. With environmental awareness on the rise in general, the eqpd designers believe that now is the time for product manufacturers to inspire a new generation of mindful users. “We’re trying to encourage conscious demand,” Donovan continues, “by embedding our philosophy and ethics into what we make.”

Beyond the products themselves, Baker and Donovan have built eqpd using a business plan that emphasizes social responsibility. Through the Built-for-a-Purpose program, the company produces LastBags that bear the logo of nonprofits like Washington’s National Parks Fund and Evergreen Mountain Bike Alliance and then, with the cooperation of ethically invested vendors, donates 100% of retail profits to those organizations. Baker says this program has become especially important to eqpd in light of federal efforts to defund organizations like the National Endowment for the Arts and the National Parks Service.

“What if the government didn’t support these things?” asks Baker. “What if we did?” Unafraid to think big, he and Donovan trust that the Built-for-a-Purpose model could provide financial backing for large-scale environmental cleanup initiatives, education and other causes increasingly forced to rely on private support.

For Donovan, eqpd’s progressive priorities stem from the fact that the company is led by designers. “Why are we putting other organizations’ logos on our products?” Donovan asks. “Because we don’t want to bring in an MBA as a funding partner or have people from outside our industry [dictate what we produce].” He and Baker agree that design thinking—rather than business norms—will determine their success. “The business model works,” says Baker, “only if the product works.”

Even though they majored in different disciplines at RISD, Baker and Donovan say the way they work together is seamless. “Sean plays the guitar, I play the drums,” says Baker, who praises his longtime collaborator for changing the way he thinks about product aesthetics. “He reframed styling as a way of building legacy and reputation through repetition,” Baker continues. “That really stacked up with my deep interest in making.”

During a recent visit to RISD, the duo was impressed by how current students use their practices to address environmental and social justice issues. “It’s so exciting,” says Baker, “to see how their awareness of these issues leads their decision-making and process,” adding that another RISD alum—Anna Dooley 13 ID—has been a member of the eqpd team since graduation.

In addition to learning how to make, Donovan points out that RISD is a place that “challenges how you think.” He admits that the studio experience here was often humbling—and is grateful for it. “The frustration you feel in the studio is your education,” the artist says. “RISD is an arena for greatness. That doesn’t guarantee that you’re going to be great—”

“But you’re surrounded by it here,” adds Baker. “It’s taken me 15 years to figure out my first metals class. I didn’t know why I had to spend hours filing a metal cube down to a perfect square. But now I completely get it: I was learning [design] principles.” And it’s through those principles, the designers agree, that eqpd can make a real impact in the world. “I really believe that industrial design can change behaviors and economies,” Baker says, “—and that it can help save the earth.”