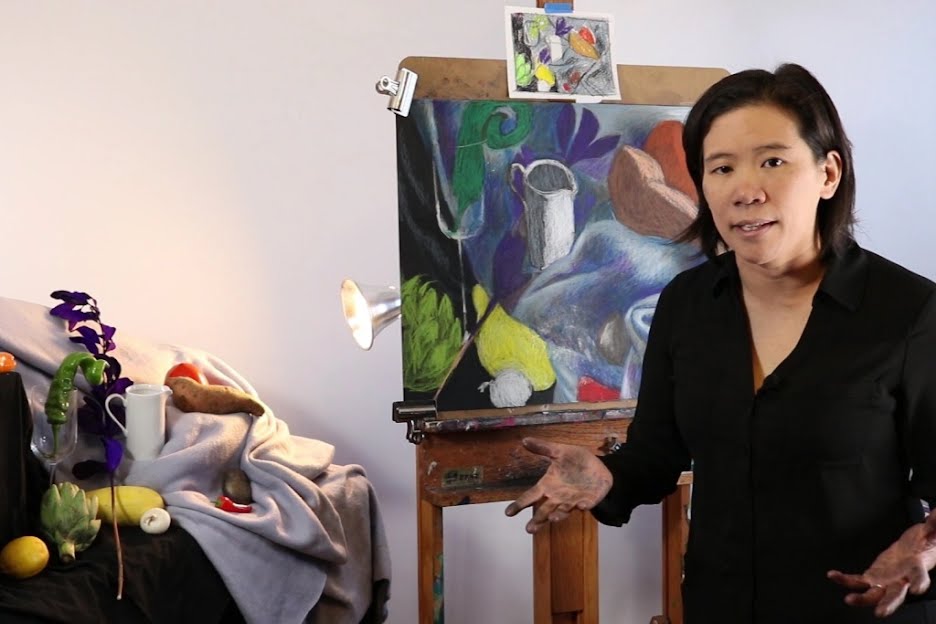 While on sabbatical this spring, Illustration Critic Clara Lieu 98 IL is continuing to build and expand on Art Prof, a new online educational platform that offers free visual arts instruction to people of all ages and levels of ability. The need for such a platform became apparent back in 2013, she says, when she published Learn, Create and Teachand began writing Ask the Art Professor, an online advice column that was quickly flooded with questions.

“It was incredible how many different kinds of people contacted me—people in middle school, people who had recently retired,” Lieu recalls. She responded to the overwhelming need for advice and feedback by partnering with digital strategy and production expert Thomas Lerra and launching a Kickstarter campaign in 2016 that raised more than $30,000 for the project.

In bringing Art Prof to fruition, Lieu and Lerra have assembled an experienced team of teaching assistants—including five RISD alumni—who create and post inspiring video tutorials in a wide range of mediums, along with interactive video critiques and assignments designed to draw users in.

One such feature is the monthly Art Dare, which challenges users to create rapid-fire drawings in response to a series of prompts and then post them on Twitter or Instagram. It’s a great tool, says teaching assistant and recent graduate Yves-Olivier Mandereau 15 CR, “when you need a little spark to get the creative juices flowing.”

In addition to working with eight RISD interns last summer, Lieu says that “many current students and alums also helped with usability testing, contributed artwork featured on the site and are assisting in many other ways.” She’s also encouraging others to get involved in any way they’d like.