In work on view at the Farnsworth Museum in Rockland, ME, Illustration alum Annie Bailey 10 IL has expressed her fondness for maritime history through an anachronistic storytelling medium that dates back to the 18th century. 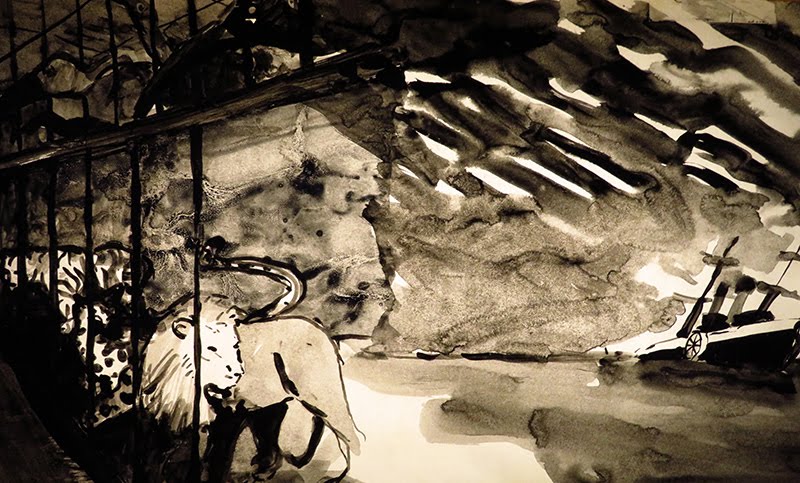 “I grew up on the sea,” says Annie Bailey 10 IL, a Maine-based artist/educator whose work frequently touches on nautical themes. And for an interesting project on view through April 23 at the Farnsworth Art Museum in Rockland, ME, she has expressed her fondness for maritime history through an anachronistic storytelling medium that dates back to the 18th century.

Called The Account of the Royal Tar, Bailey’s illustrated retelling of a 19th-century steamboat that sank between the Maine coastal islands of Vinalhaven and Isle au Haut is on view in the museum’s Art of Disaster exhibition. Visitors to the museum “read” the artist’s impressive 35-foot-long, hand-drawn scroll through the window of a “crankie,” a moving panorama box that operates by the turn of a hand crank.

In an interview last year, Bailey spoke about some of the visual techniques the crankie made possible – like the fluid transformation of smoke into a detailed map of where the ship descended into Penobscot Bay. “I’ve been fascinated with the Royal Tar for several years,” she says, “and I thought the crankie would be a great platform for sharing this local tale.”