At the inaugural Seoul Biennale of Architecture and Urbanism, recent RISD grads showed work addressing the future of housing in the South Korean megacity. 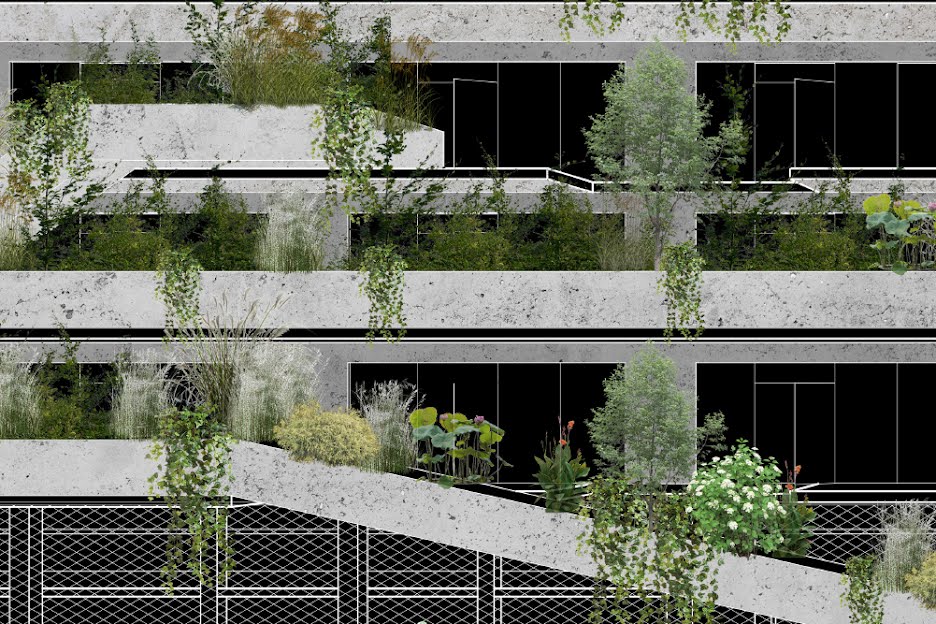 For 13 recent Interior Architecture graduates, participating in the 2017 Seoul Biennale of Architecture and Urbanism (which runs through November 2) represents much more than an extraordinary showcase for their design thinking. In situating their work alongside that of architects and urban planners from around the world, the inaugural biennial has given these new alumni a wonderful platform for exploring how adaptive reuse can transform metropolitan life in the 21st century.

City planners in Seoul don’t want “to keep tearing down and building new housing,” says Luna. “They want to discover how to make better use of what’s already there.” With this in mind, each student planned a “housing hybrid” for one of seven 100- x 9-meter structures that cut through the middle of the city. Through their site-specific investigations students created more than a dozen inspired concepts that highlight the versatility of adaptive reuse. Among the work on view in the biennale are plans for housing that would interact with public green spaces, artist studio/showrooms, community theaters and more.

Luna says that transporting studio practice from RISD to Seoul was an eye-opener even for students originally from similar high-density cities. “When you learn [interior architecture] at RISD with the scale of Providence in mind,” he explains, “working in a city like Seoul teaches you that spaces can be made to work in many different ways and combinations.”

In addition to adjusting for scale, participants in the studio also rooted their work in Korean popular culture and local practice. For the cleverly named K-Pop-Up, An Huang 17 IA envisioned a building that would provide apartments, recording/performance space and retail popups for emerging talent in South Korea’s massive K-Pop music industry. By contrast Anita Yun Wen Hwang 17 IA addressed urban isolation by updating the traditional Korean spa for metropolitan Seoul. The studio proved to be an especially rewarding experience for her, leading to work at a NYC-based firm that specializes in spa design.

While Luna was in Seoul to present on Housing Hybrids during the first week of the exhibition, he made sure to share images with his former students. “They were all really proud to be part of the first Seoul biennial and to have come to RISD,” he happily reports. Luna plans to continue to teach the studio so that he and future students can investigate hybrid urban housing in increasingly complex and nuanced ways. “Through the research that happens in studios like this,” he says, “we accumulate a body of work that can make a larger impact.”

Graduate students in Interior Architecture focus their growing expertise in adaptive reuse on the needs of RISD’s campus.