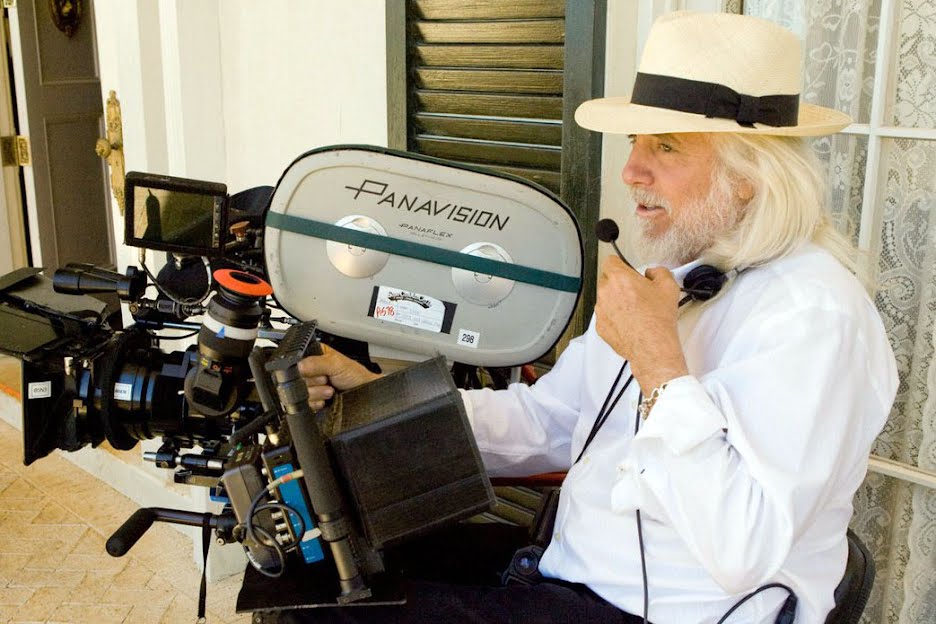 Although he spends most of his time behind the scenes, celebrated cinematographer Robert Richardson 79 FAV was in the limelight again at Hollywood’s annual American Society of Cinematographers (ASC) awards ceremony on February 9. And once again, he was in good company, sharing the evening with other top honorees Jeff Bridges, who accepted the ASC’s Board of Governors Award, and Jeff Jur, a two-time Emmy winner (for Carnivale and Bessie, both on HBO) who was recognized with the Career Achievement in Television Award.

In accepting a Lifetime Achievement Award for his work on some of the most significant movies of the past four decades, Richardson noted that “we stand here with 100 years of history” and “we stand on the shoulder of giants…. I dedicate this [award] to those who came before and those who will lead us into the future.”

After graduating from RISD and going on to earn an MFA from the American Film Institute (AFI) Conservatory, Richardson initially worked as a camera operator and second unit photographer for documentary films and TV shows. In the early 1980s he met director Oliver Stone while working on a documentary about El Salvador, which led to his first gig as a director of photography on a feature film, Stone’s memorable Salvador.

Since then, as Richardson became increasingly well known for his signature visual sense and his ability to use old-style photographic techniques to evoke previous eras, he has confirmed his reputation as among the most talented cinematographers in Hollywood.

In addition to working with Stone on subsequent movies, he regularly collaborates with such other major directors as Martin Scorsese and Quentin Tarantino, always ready to find a balance between his own ideas and those of a director with a clear vision. “It’s far better to shoot a good picture than a good-looking picture,” he observes.

Over the years, Richardson has won three Oscars for his cinematography (for Hugo in 2011, The Aviator in 2004 and JFK in 1991) and earned Oscar nominations for six other films: The Hateful Eight, Django Unchained, Inglourious Basterds, Snow Falling on Cedars, Born on the Fourth of July and Platoon.

Richardson has also worked with the famed documentary director Errol Morris and most recently teamed up with Matthew Heineman for A Private War (2018), the gripping biopic about war correspondent Marie Colvin, who died in 2012 covering the war in Syria.

As for his 2019 ASC award, Tarantino was among those to pay tribute to his artistry. “I have never had as much fun making movies as I have had since I started making them with Robert Richardson,” the director said at the ceremony, recalling their first lunch meeting. "I can honestly say it was the greatest first date of my life because when the date was over, I asked him to marry me.”

Richardson is a Standout in Hollywood

In a career that has brought ever-growing acclaim for cinematographer Robert Richardson 79 FAV, 2010 has proven to be a particularly good year.

Hale County This Morning, This Evening by RaMell Ross MFA 14 PH has been nominated for a 2019 Academy Award for Best Feature Documentary.