New graduate Ayah Badr 18 ID leaves RISD with the confidence she needs to turn her ideas into viable products. 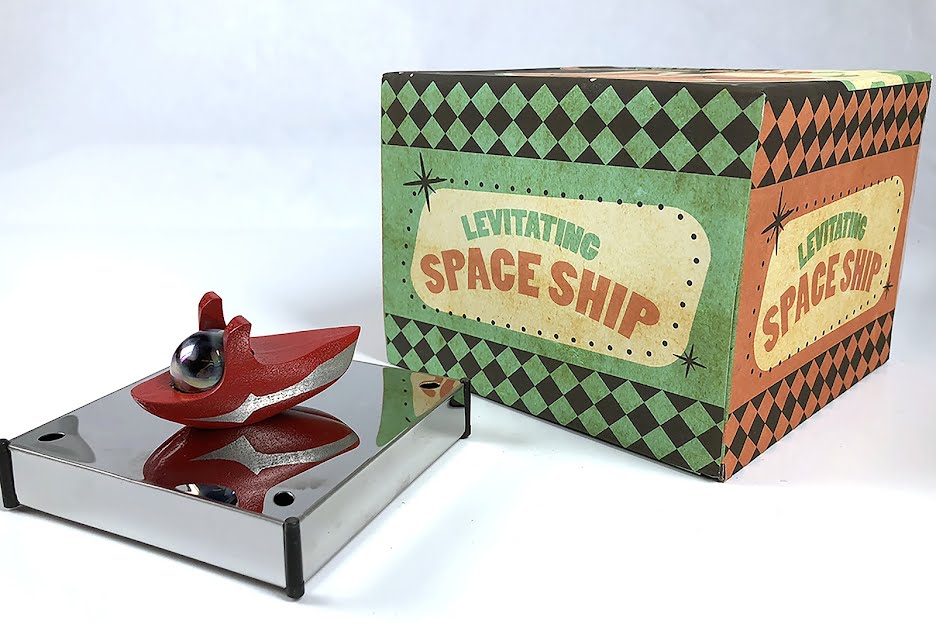 Ayah Badr conceived of this retro metal toy in an advanced ID studio.

Now that she’s earned her BFA in Industrial Design, new RISD graduate Ayah Badr 18 ID is looking forward to designing toys for a living. A Rhode Island native who attended the Lincoln School in Providence, she initially expected to study engineering at the University of Rhode Island after high school. “But I really like using my hands to make tangible objects,” she says, “and my high school art teacher [RISD alumna Anita Thompson 95 IL] pushed me to explore new ideas and got me thinking about RISD.”

Badr’s parents initially had some trepidations about art school, but when her father attended Open House with her in the spring, they both sensed that she’d found her place in the world. “My dad saw my passion for art and design,” Badr recalls. “And RISD had the right vibe. I knew this was a place where I could be myself.”

From the start, Badr expected to major in either Architecture or Industrial Design, and a Wintersession class with Industrial Design Professor Leslie Fontana sealed the deal. “I love Leslie,” Badr says. “She was willing to share her insights about all kinds of things—stuff that’s not necessarily part of the RISD curriculum, like time management and the importance of building a community.”

For Badr the biggest challenge was commuting from Newport, RI, where she continued to live at home and help out in the family restaurant throughout her college years. Her parents are both from Egypt, she explains, and not used to the American idea of moving away from home at 18.

“For my first two years at RISD, I missed out on the opportunity to work in studio, to get that immediate feedback from my peers,” she says. But once she completed her Liberal Arts requirements and faced a lighter course load, she committed every available daytime hour to working alongside her peers.

One facet of the ID department that really spoke to Badr is the importance of collaboration and teamwork. “We’d pin all of our ideas on a board and then use sticky notes to critique them as a group,” she recalls. “That process creates an archive of thoughts and feedback you can use for as long as you’re working on a given project.”

RISD’s take on critique, Badr adds, is one of the most important aspects of the experience. “Crits taught me how to present my ideas and my artwork to the world,” she explains. “It’s not about judging the work of your peers; it’s about sharing your perspective and understanding the perspectives of others.”

During her senior year, Badr’s family was hit with financial hardships and she worried that she’d be unable to complete her studies. But thanks to a scholarship funded by the Class of 2017 that she describes as “a nice surprise,” everything worked out in terms of finances.

As an ID major, Badr learned a lot about product design and is currently making plush toys for private collectors based on anime characters. “I’ve been looking into manufacturing my own concepts,” she says, “and ID helped me to understand product specs, prototypes, iterations—all the steps involved in turning ideas into physical objects.”

What advice would she offer new undergraduate students starting at RISD in the fall? “As an artist or designer, you’ll have to learn how to collaborate,” she says. “Listen to your peers and also give them feedback. It’s about determination—how much personal effort you’re willing to put in.”

Puzzling through the Future

Set on a Life in the Arts

Recent graduate Renee Yu Jin 18 SC reflects on the “lovable” problems of sculpture and the insight she has gained about privilege and art-making.