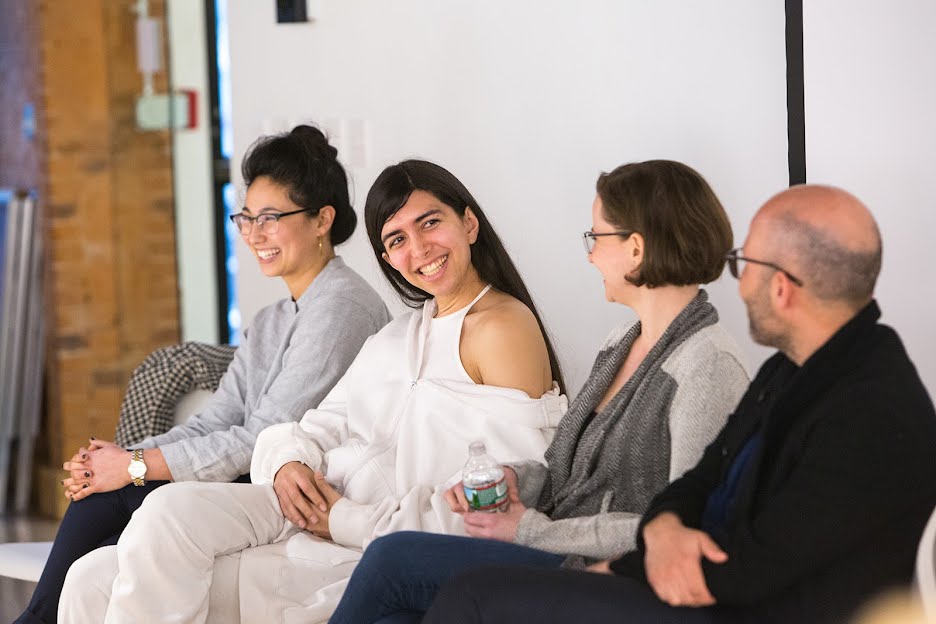 How do RISD graduates making a living as artists and designers navigate the ups and downs of self-employment?

Moderated by Dean of Experimental and Foundation Studies Joanne Stryker, the panel considered how RISD prepared them for life in the art and design worlds and what they might have done differently if they knew as students what they know now.

A successful TV producer who leads Running Man, her own post-production studio in NYC, Cunningham credits the critique skills she learned during Foundation year as vital to her ongoing work. “That ability to discern what is working and what can be added to a project to make it better is one that I employ every day,” she says.

Gutierrez, whose critically acclaimed practice is based on performance, photography and video, also sees Foundation year as a cornerstone of her thinking as an artist. She points out that with every success comes a certain amount of failure and admits to allowing herself “to become a potato until ideas sprout again” when things don’t turn out as planned.

Despite the fact that de Cárdenas’ multidisciplinary studio, Architecture at Large, was recently included on Sight Unseen’s American Design Hot List, he also told students he has periods of frustration. His advice? Remain optimistic and look ahead to new opportunities rather than focusing on previous false starts and dead ends.

Harada, who co-leads the thriving DWRI Letterpress here in Providence, says that the RISD work ethic continues to spur her forward. When she hits a bump in the road, she adds, she finds solace in crafting something for herself.

Designers in a Hot Spot

RISD Careers hosts a full-day entrepreneurial “boot camp” to help artists and designers interested in making a living through their creative work.