In his work with the GRAMMY Museum Mississippi, Dean of Liberal Arts Dan Cavicchi has shed new light on how the state's musicians helped define pop music—and how pop music has changed the world. 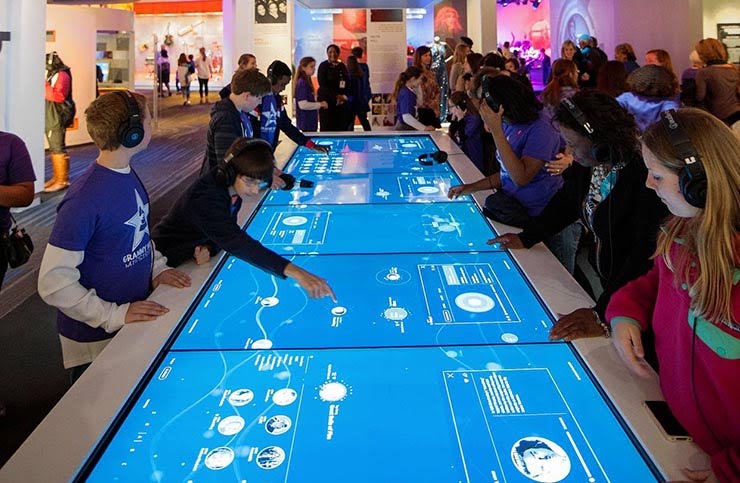 Having worked as a curator for the organization’s flagship GRAMMY Museum in Los Angeles almost a decade ago, Cavicchi was pleased to expand on that earlier work and extend the reach of his research. “I love finding [audiences] I haven’t talked to before or had the opportunity to reach yet,” he says of bringing music scholarship to the general public. In fact, creating new ways to teach and understand how the arts intersect with American history and society is essential to both his own research and RISD’s approach to liberal arts education.

“You’re only getting part of the picture if you’re not looking at the arts in American history,” Cavicchi affirms. “They don’t just exist on the side. They are central to who we are and how we think about ourselves.”

For GRAMMY Museum Mississippi, the historian wrote content for a series of short films that address how popular music influences contemporary culture overall—a continuation of the Culture Shock exhibition he created for the LA museum. He also created content for Mississippi Music Table, a massive, interactive digital display created in collaboration with Gallagher & Associates to highlight the Magnolia State’s formidable contribution to music in the US and worldwide.

“This was a little daunting,” Cavicchi says, noting that despite his extensive research into popular music and its audiences, he hadn’t realized the sheer magnitude of Mississippi’s influence on American music history. “The more I got into it, the more I began to think, ‘Everyone’s from Mississippi!’’—with blues pioneer Robert Johnson, soul legends like David Ruffin and Mavis Staples and recent stars such as Faith Hill and Britney Spears among the 67 Mississippi-born artists included in the exhibit.

Capturing the essence of each artist’s contribution in 50 words or less was a challenge, to say the least, but in the end, Cavicchi wrote concise profiles of 400 musicians and songwriters who are either from Mississippi, influenced an artist from the state or have been inspired by musicians from the Delta region. Today visitors can access the work he did in collaboration with the museum’s Executive Director Bob Santelli and other contributors via a state-of-the-art confluence of sound, image and text designed to reflect the flow of the Mississippi River.

Cavicchi’s update of Culture Shock for GRAMMY Museum Mississippi highlights just a few of the major phenomena connecting popular and genre music with larger societal issues in the decade that began in 2010. The short films address how web-based media platforms like YouTube have created new paths to music stardom, how music festivals have evolved into a central economic driver of the mainstream recording industry, the rise of Electronic Dance Music (EDM) and LGBTQQ activism by musicians who have helped “change the national conversation and put it on a different footing.”

“For all of these movies [in the new Culture Shock exhibit], it’s a matter of trying to help people understand that popular music is not just entertainment,” Cavicchi points out. “It’s a real force in society for giving people a voice and prompting new thinking and dialogue about key social issues.”

Art = New Plus at LaGuardia