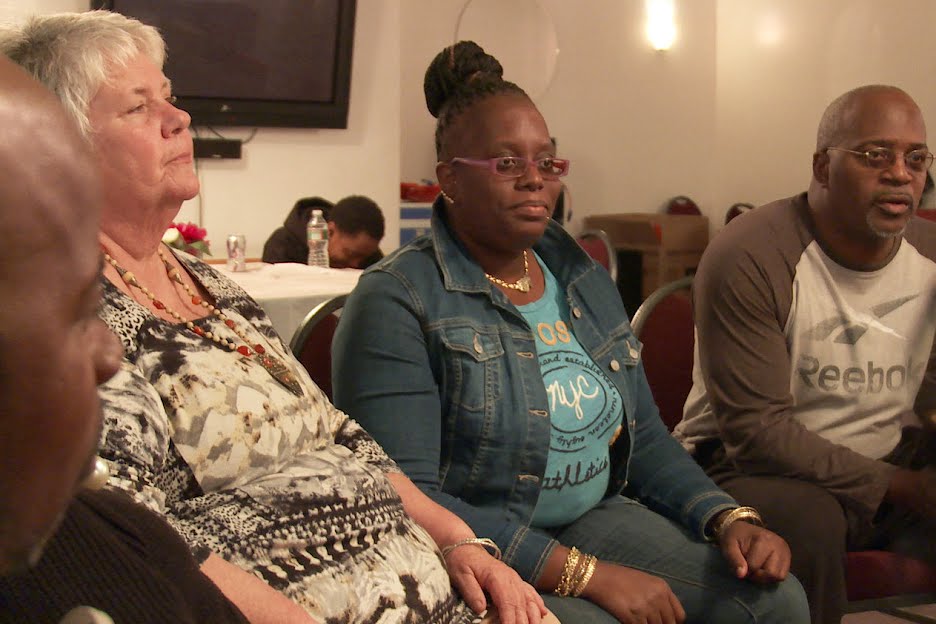 CIRCLE UP, a new documentary by FAV Critic Julie Mallozzi, looks at the complex relationship between a mother and the person who murdered her son.

Documentary filmmaker Julie Mallozzi, a critic in RISD’s FAV department, is excited that her latest feature, CIRCLE UP, is getting its second public screening at the 2017 GlobeDocs Film Festival (on October 14) in Boston. Shortly after its August 11 premiere at the Rhode Island International Film Festival (RIIFF), the intense reflection on crime, redemption and humanity emerged from 295 films screened to win Best Feature Documentary Grand Prize.

“It was great bringing CIRCLE UP to the screen for the first time at RIIFF,” says Mallozzi. “And it felt pretty intense and meaningful having film subjects Janet, AJ and Charmise there on stage for the Q+A. Several audience members were crying and hugging them after the show.”

CIRCLE UP focuses on Janet Connors, whose teenage son was brutally murdered in Boston. Rather than seeking revenge, she reaches out to her son’s killer to offer forgiveness. The film follows a group of mothers of murdered children seeking to help young people in their communities break the chains of violence and revenge.

Now in its 21st year, RIIFF presented 310 feature-length, documentary and short films from 48 countries and 34 US states over the course of six days in August. Mallozzi praises RIIFF Program Director Shawn Quirk for screening her film along with two fitting shorts: The Geneva Connection, a piece by Benôit Martin about a group of young people heading towards conflict over 40 euros, and Revolving Doors, a documentary by James Burns about a father who is released from prison and struggles to stay clean and support his family. “Both films take a restorative approach to societal harm,” Mallozzi says, “as does CIRCLE UP.”

Raised in Ohio by a Chinese mother and Italian-American father, Mallozzi typically uses her work to explore the fluidity of cultural identity and historical memory. She teaches classes in FAV’s Live Action track and says she got a huge kick out of co-teaching last year’s Degree Projects workshop with FAV Professor Peter O’Neill MFA 73 FAV .