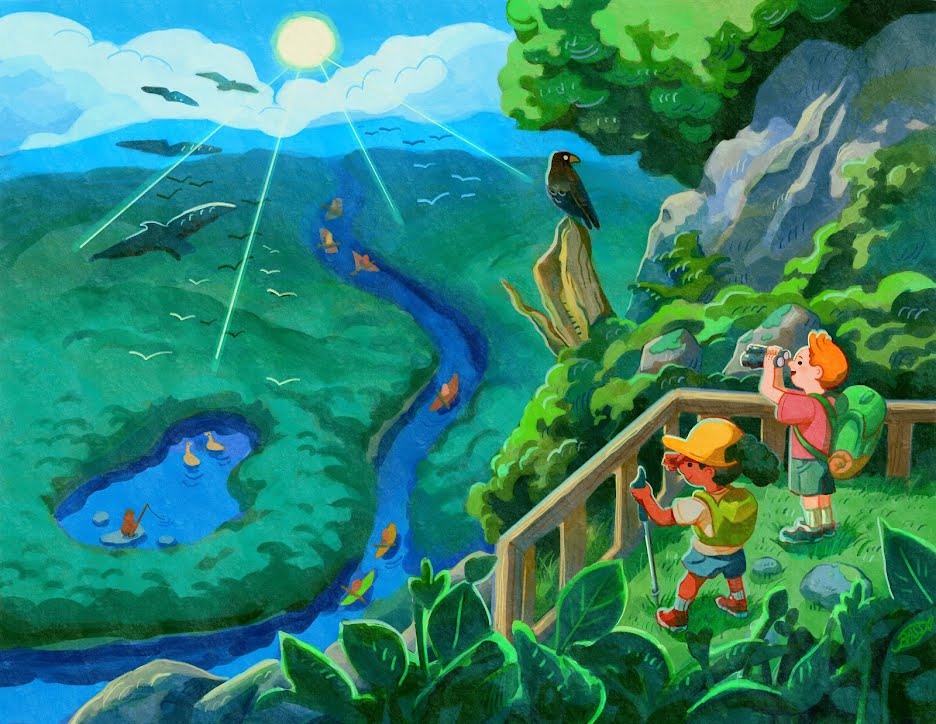 Welcoming the opportunity to immerse herself in nature and live at the park during the NPS residency, Benbassat focused closely on the details of the wonderful setting. She used pencils, pens and watercolors to sketch scenic riverbanks, mountain trails, Hemlock forests, wild animals and more, along with the park’s historic landmarks and artifacts inside.

Benbassat then referenced her diverse collection of sketches as she worked in Illustrator to make playful images for the NPS Kids’ Guide to the Gap publication.

The new grad couldn't be happier to have won a Top Talent of 2019 designation from Adobe’s international panel of judges, who reviewed thousands of entries from a wide variety of emerging artists.

While still a student she also earned recognition in Society of Illustrator competitions in both New York and Los Angeles and won a silver medal in this year's 3x3 International Illustration Show No. 16.

“My work delights in the eccentricities of the natural world,” says Benbassat, “indulging in the quirks of folklore and highlighting the bridge between the cute and the horrific.”

For this year’s Alternative Spring Break, emerging student activists turned their attention to environmental conservation in the Delaware Water Gap.