Offering an Antidote to PTSD

Multidisciplinary artist John Sebelius 06 IL is introducing veterans and first responders to making art as a way to cope with post-traumatic stress disorder. 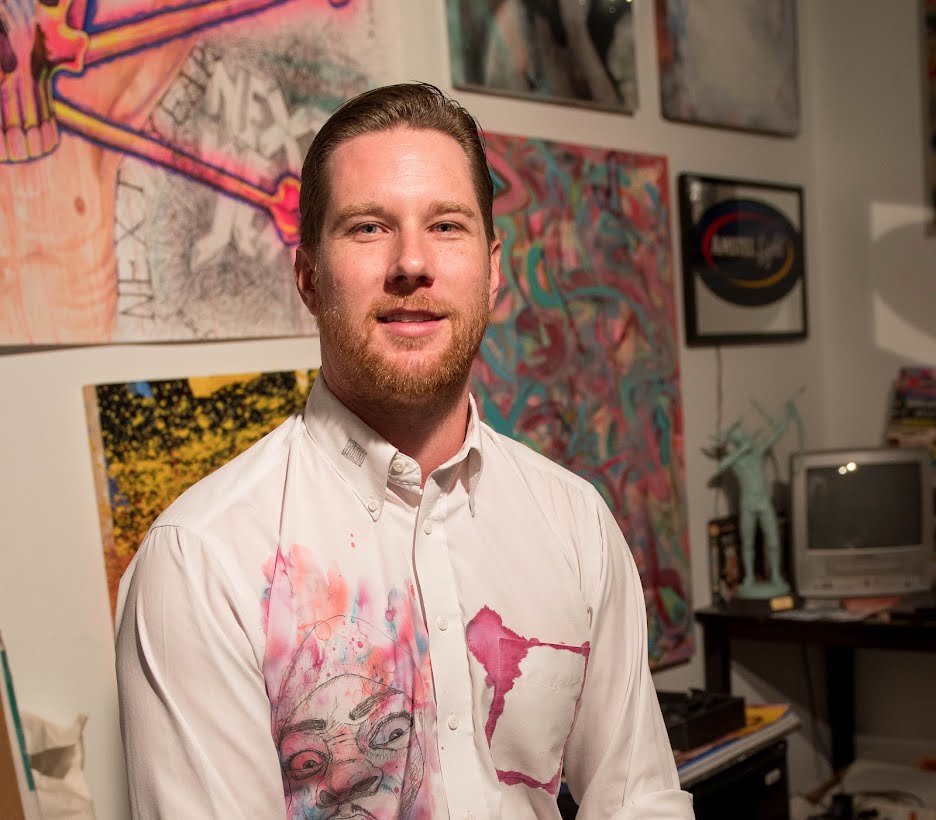 Multidisciplinary artist John Sebelius 06 IL is introducing veterans and first responders to making art as a way to cope with post-traumatic stress disorder.

Building on his experiences in the studio, artist John Sebelius 06 IL is helping veterans and first responders cope with post-traumatic stress disorder (PTSD) through the process of making art.

The Artistic Expressions Healing Arts Initiative he launched in 2017 at the University of Kansas (KU) has already made a difference in the lives of hundreds of participants. Based on that initial success, the program recently earned a Rocket Grant from the Spencer Museum of Art in Lawrence, the Charlotte Street Foundation in Kansas City and the Andy Warhol Foundation for the Visual Arts in NYC.

As the son of former Kansas governor and US Secretary of Health and Human Services Kathleen Sebelius—who helped introduce Obamacare—Sebelius grew up understanding the value of helping others. In his personal practice, he frequently works with pen and undiluted watercolor ink to capture what’s on his mind.

“I’m drawn to the fluidity of the ink,” Sebelius says. “I can just blow on the puddles to create movement.” He has also made three short documentary films and says that he likes experimenting with different media to determine “which one matches the ideas I’m trying to convey.”

In 2016 Sebelius initially introduced a “crash course” at the VA hospital in Topeka (where he served as a volunteer) with the simple goal of getting veterans comfortable with walking into an art supply store to pick up materials.

“A lot of vets have trepidation about doing anything creative,” he explains. “But pushing them out of their comfort zones by offering them a nonverbal way to express themselves has a positive effect on self-esteem and morale.”

Sebelius now partners with KU’s Cofrin Logan Center for Addiction Research and Treatment to offer the program as part of a free five-day retreat called Warriors Ascent. “This is the first art class ever for the majority of participants,” he says, “so I’m trying to provide them with a transformative experience—to activate a part of them they didn’t know existed.”

Whether vets spend an hour with Sebelius or come back for several classes, it’s clear that art therapy helps. He recognizes that working in the studio every day has an incredibly “positive effect” on his life, so he “wants to share that with others.”

Sebelius generally gets his workshops rolling with a version of the “Exquisite Monster” game in which each person draws one part of a character—beginning with the head—and then folds a piece of paper so the next person can’t see what they’re adding on to. “It’s really fun,” he says, “but it’s also about relinquishing power, relying on others and putting trust in the process.”

Vets also respond well to project prompts to create a self-portrait using pen and watercolors. “It’s the first time that a lot of these guys have really looked into the mirror in years,” says Sebelius. “Maybe you see the devil or a monster, but it’s also a way of facing your own identity and ultimately forgiving yourself.”

As for his ongoing volunteer work, Sebelius is in his element working with veterans. “I’m very grateful for the service of the military’s brave men and women,” he says. “They desperately need all the resources we can give them, so I feel that this is exactly what I need to be doing with my life.”

Matilsha Marxuach 94 CR, Amy Devers MFA 01 FD and Jerrelle Guy 12 IL spoke about how the flexibility they learned at RISD has helped them pivot professionally.