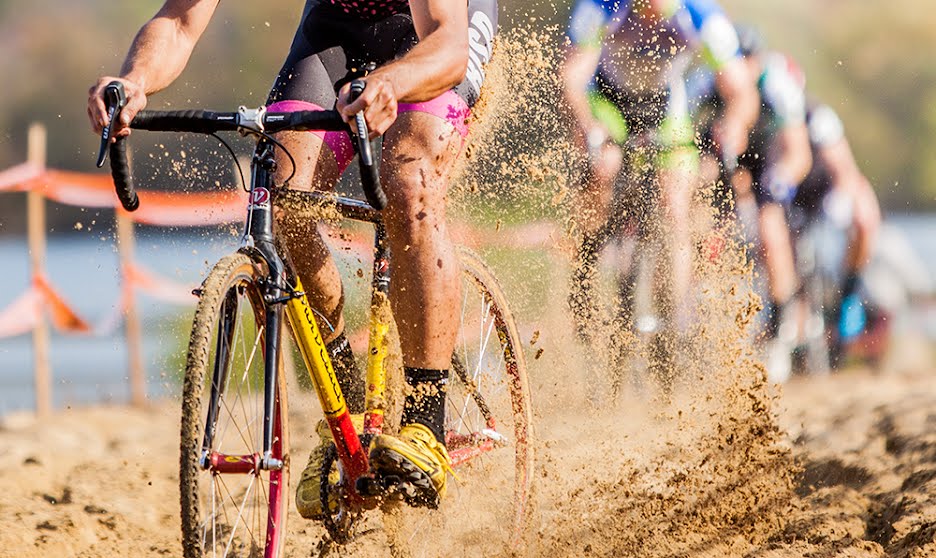 RISD students find some unusual ways to offset the intensity of studio work. Cyclo-cross enthusiasts David Kessler 18 ID, Lizzie Wright 18 ID and Marcus Peabody MFA 19 GD, for example, devoted most weekends last fall to racing through sand and mud and jumping off their bikes when the going got too steep or they needed to “bunny-hop” over obstacles.

“It’s a great outlet,” says Kessler, “and a great way to create that balance between work and play.” Now a junior in Industrial Design, he got into the sport as a 14-year-old and was psyched to earn the title of cyclo-cross champion at the Eastern Collegiate Cycling Conference (ECCC) in December.

Wright also had a big win in December – taking first place among the Women’s B riders at the ECCC’s final cyclo-cross race in Warwick, RI. And Peabody was thrilled to qualify alongside Kessler for the National Championships, which took place in Hartford, CT on January 4.

“Just getting there was a dream,” says Peabody. “It’s easy to fall into the trap of working in the studio all day every day, and that makes you tired and burned out. Cycling every weekend forces me to get things wrapped up on Friday, do something physical during the weekend and then get things done back in the studio after having a proper break.”

Kessler agrees and says that when he’s struggling with an idea or design problem, the solution frequently pops into his head when he’s riding. “The social aspect is great, too,” he adds. “The greater Providence cycling community is really tight-knit.”

The RISD Cycling club has been active since 2010 when Evan Murphy 11 FD helped spur interest. Both he and former team captain Jules Goguely 15 ID continue to race professionally and socialize with current RISD students at most of the big races.

RISD’s cycling team is shifting into high gear as it prepares to host the ECCC road racing championships here in Providence the weekend of April 22. “I train pretty much every day,” says Peabody. “I get up early and ride the local trails for an hour and a half, and I’m still in the studio by 9 am. It takes a lot of discipline, but it’s also really fun.”

At RISD, art and bicycles come together before students even arrive on campus.

At a time when most of us are still pulling bedcovers over our heads, the athletes who ride for RISD Cycling – the school’s first and only varsity sports team – are greeting the morning sun from the road.