Painter on Being Old in Art School

Noted historian and author Nell Irvin Painter MFA 11 PT returned to RISD for a conversation about aging, ambivalence, ambition and starting over in art school. 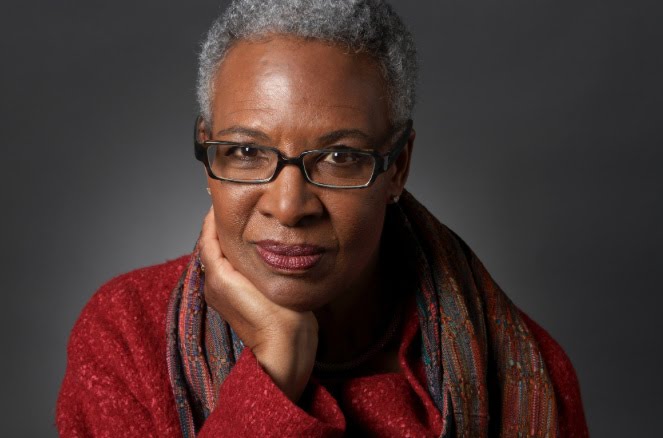 Nell Irvin Painter MFA 11 PT spoke about her latest book, an insightful memoir about her unconventional graduate experience at RISD.

Given the subject matter and substance of the book—which includes honest accounts of the difficulties she encountered at RISD as a 60-something black student with a PhD and an established career as a historian—Shenoda felt compelled to ask President Rosanne Somerson 76 ID if he could invite Painter to speak on campus.

Somerson thought it was a great idea, Shenoda explained in introducing Painter—a renowned author and professor emeritus at Princeton University—to the students, faculty, staff and members of the local community who came to hear her speak on February 27. “As an institution it’s really important that we be self-reflective and take critique seriously,” he pointed out.

Published last summer, Old in Art School follows Painter’s post-retirement pursuit of a second education in the arts. In her early 60s, she began by earning a BFA at Rutgers University’s Mason Gross School of the Arts and immediately applying to RISD’s highly competitive MFA program in Painting.

Both in her memoir and her talk, Painter masterfully captured the dualities of art education: its traditions (both narrow-minded and fascinating) and its freedom (both exhilarating and confounding). She also recounts her memorable experiences of overt and unintended -isms, including racism and sexism but, most palpably, ageism. One professor at Rutgers tried to dissuade her from continuing on for a graduate degree, saying that she didn’t need an MFA, and another at RISD said she’d never be a real artist.

“I think, for some people, just being old disqualifies me from [being considered] interesting. Add academic to that equation? Forget it. My potential was under the table,” she told the audience.

Of course, her struggles weren’t all external. Painter recounted the frustrating experience of trying to see, understand and relate to much younger art students through “her 20th-century eyes” and lifelong experience as a scholar of history, with its very different approach to thinking. Her interest in the formal qualities of painting and her deep knowledge of history and art history at times kept her from appreciating—for better or worse—the work fashionable among her cohort.

But while Painter’s status as a well-respected historian as well as a senior citizen may have diminished her creative potential in the eyes of some, her own faith in the power of education bolstered her determination during her years in art school. She honed her skills, advanced her knowledge of professional practice, sought out simpatico peers and instructors and saw her work improve against the odds.

Today Painter happily works in a large studio in Newark, NJ, where she makes art that is regularly exhibited and occasionally collected. And in January Old in Art School was named a finalist in the autobiography category of the National Book Critics Circle Award.

In short, Painter is a testament to her own theory of talent, as she explained when speaking at RISD: “I believe talent is enjoying something long enough to keep building upon your skills so that you can finally get really good at it.” In her case, whether it’s as a historian, author or artist, her sheer enjoyment of and commitment to her work is very clear and admirable.