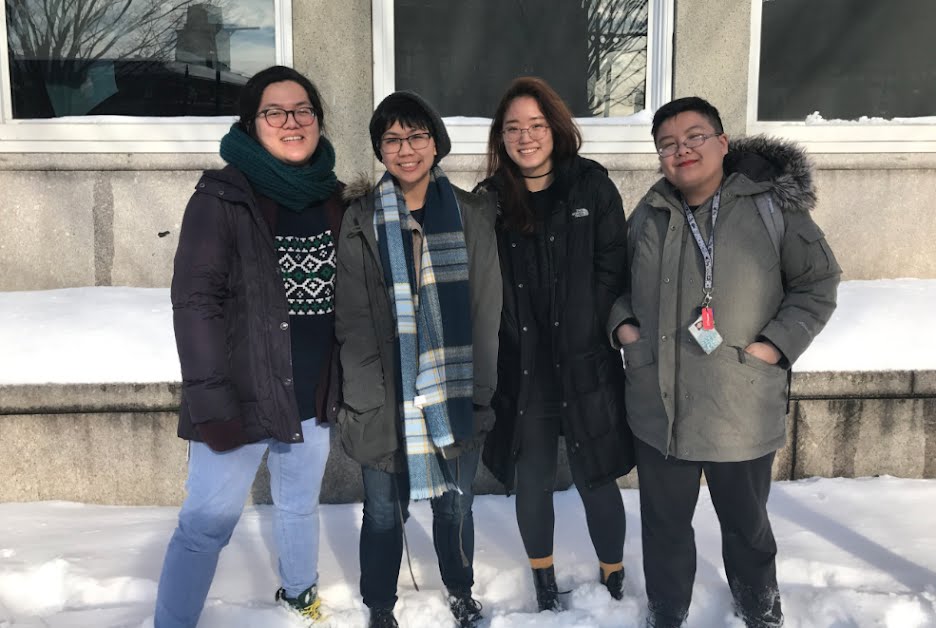 “It doesn’t matter what you do or where you are from,” Rodriguez tells NBC. “You’re still seen as foreign.”

Since Permanent Alien launched digitally, pre-order sales for the print version of the comic have continued to grow. “We were scared that no one would want to buy it,” Cha notes, “but it really has resonated.”

Wei’s semi-autobiographical comic about bringing a traditional Chinese dessert to a school potluck and being the only kid to try a slice, for example, hit home for many readers. “People were shouting ‘That happened to me! That happened to me!’” Rodriguez recalls.

You can order a copy of Permanent Alien for $15 or pick up a digital copy for $6.

Close Encounters at the Aquarium

An internship at Mystic [CT] Aquarium gave Rae Whiteley 17 IL an opportunity to capture the emotion behind inter-species communication.