Photographer Steven Klein 76 PT is notoriously reticent about being interviewed – and about discussing his past, his age, his interests. 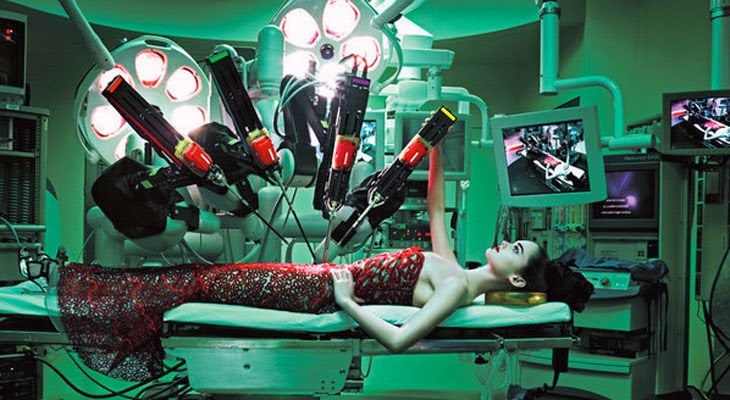 Photographer Steven Klein 76 PT is notoriously reticent about being interviewed – and about discussing his past, his age, his interests. “I like what’s obscure,” he often says.

Klein also doesn’t much like talking about why he shoots fashion photos in a dark style distinctly his own, turning gaunt models into steely robotic mannequins and convincing luminaries likeLady Gaga, Brad Pitt and Madonna to become provocative players in his often subversive tableaux.

So much the better that just before the recent Moscow opening of Time Capsule, his latest video installation, he grantedThe New York Times a semi-revealing interview – suitably titledSteven Klein, Hiding Behind a Camera. Screened on 9x16-foot panels arranged in a circle above spectators’ heads,Time Capsule was shown at Garage Centre for Contemporary Culture in Moscow after making its New York debut in September. The focus? Actress and modelAmber Valletta, shown during the process of aging radically – from 20 to 110.

This is the type of edgy, enigmatic imagery that has “cinched [Klein’s] reputation as an A-list photographer of A-list celebrities, and one of fashion’s most cunning provocateurs,” as theTimes put it. It’s also what makes his work stand out in the art world. Klein “tends to push further than any of his contemporaries,” notesVince Aletti, who curated a 2009 show at the International Center of Photography calledWeird Beauty: Fashion PhotographyNow and considers Klein among a handful of world-class American fashion photographers.

The artist himself says that since he was a child he has always felt most comfortable behind a camera, viewing his subjects with a heightened mix of curiosity and anxiety. “I like them and I fear them,” he told theTimes. “But at the same time I desire them.”

Despite his personal charm and seeming openness, Klein is likely to remain as enigmatic as his models, who often “look impenetrable, even otherworldly – an effect he heightens by oiling their skin; adding masks, assorted straps, clamps and even preposterously fake scarlet lips; then shooting them in settings as immaculate, and alienating, as a surgical clinic.”

The glazed quality he creates – both through how he shoots his imagery and how he manipulates it digitally – is something of a commentary, Klein concedes. “I like to show subjects inside a sealed veneer,” he says. “There’s a sense that you can’t get in.”