Playing in the Key of New York 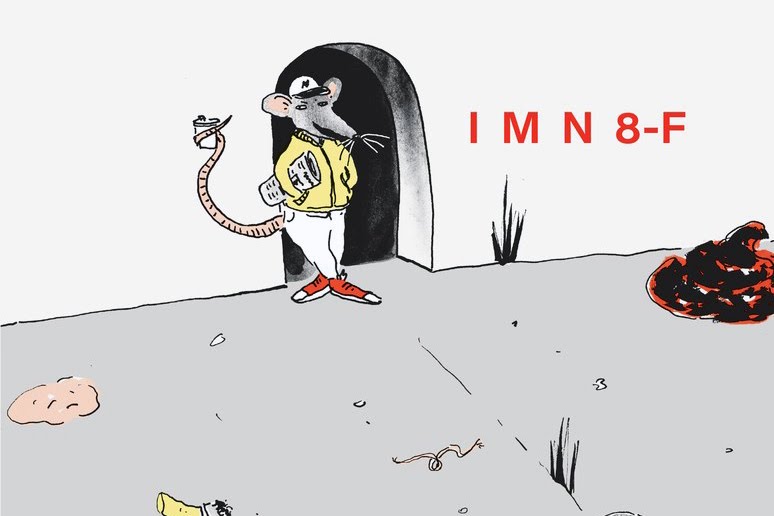 In their new book D C-T!, illustrator Joana Avillez 08 PT and writer Molly Young—who creates crossword puzzles for The New York Times and runs a design store with her husband, among other interesting asides—pen a paean (P-N!) to ‘the City’ (the decoded title of the book). Their joyous mix of wordplay and visual whimsy has been inspiring plenty of smiles—from critics and New Yorkers alike—since Penguin Press released it on May 1.

DC-T! is “an illustrated puzzle book in the key of New York,” Young explains. Fans of the late, great cartoonist and writer William Steig will recognize his phonetic shorthand in the abbreviated text—a graphic language he debuted in the 1968 children’s book CDB! Half a century later, the Avillez/Young reprise feels both timeless and timely thanks to the preponderance of txt-speak in everyday life.

In DC-T! Avillez brings the clipped text to life in ebullient drawings teaming with typical NYC scenes. “I M B-Z,” a businesswoman snaps at a would-be mugger. “R U I?” asks a bodega clerk of his zoned-out customer. And with gruesome glee, a boy who spies a pile of garbage writhing with rats exclaims: “S L-I-F!”

“I don’t think I realized what a New Yorker I was until a few years ago,” Avillez reflects. But as a native and lifelong resident, she now sees that “the city gave me everything I’m interested in, in terms of style and humor. I was people-watching from my stroller!”

A freelance illustrator with a distinctive style, Avillez creates editorial work that regularly pops up in The New Yorker, The New York Times and The Village Voice, among many other major publications. She has also illustrated books, created appealing patterns for wallpaper and produced commissioned drawings for the Guggenheim Museum. In recent years, she especially loves “drawing and writing together as one,” she says.

In collaborating with Young—a NYC transplant from San Francisco—Avillez discovered a synchronicity that made working together a real pleasure. “I think early on we established a level of openness that lets us be effectively unselfconscious,” she notes. “I’m always charmed and tantalized by where Molly’s mind will go, and I think we’re both entranced by the other’s knowledge.”