Preservation Along the Potomac

Architect and artist Ming-Yi Wong MArch 10/PB 11 GL brings a studio approach to her work at the National Park Service in Washington, DC. 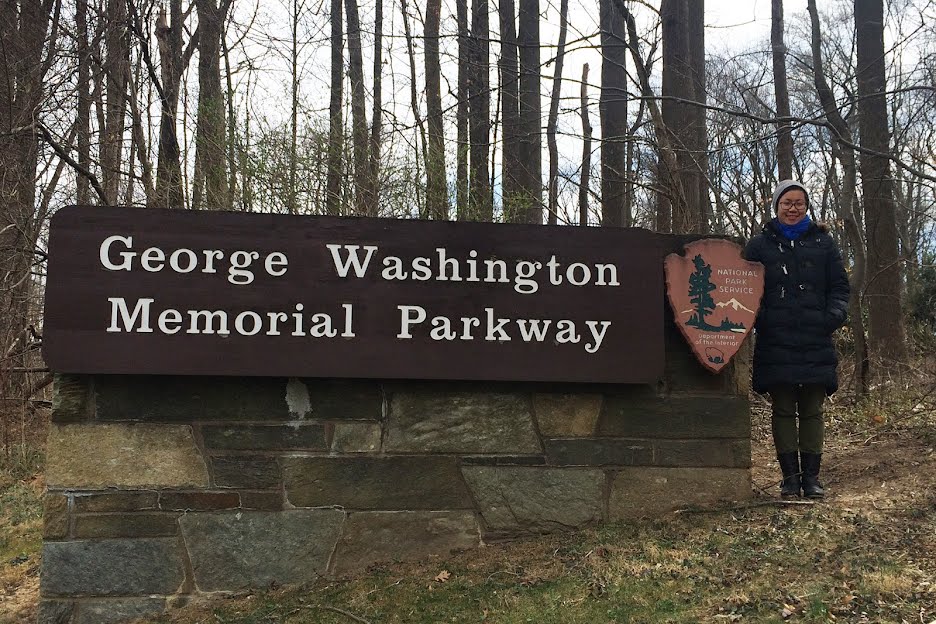 Architect Ming-Yi Wong MArch 10/PB 11 GL first became interested in working for the National Park Service (NPS) in June 2016 after completing a workshop at the Kalaupapa National Historical Park, a former leper colony on the island of Molokai in Hawaii. The workshop focused on preserving and repairing grave markers using traditional lime mortar techniques. “I was fascinated by the conversations the NPS was having with former patients and their family members,” Wong recalls, “and the steps taken to preserve this incredibly significant and spiritual site.

“I grew up in Hawaii,” Wong adds, “but I didn’t really understand how unique its history and environment are until I started living elsewhere. I’d learned about Kalaupapa growing up and always wanted to go.”

Wong moved east to study architecture at McGill University in Montreal and then returned to the East Coast in 2007 to earn her Master of Architecture degree at RISD. Since last fall she has been working for the NPS as a historic architect at the George Washington Memorial Parkway in Washington, DC. Her charge is to ensure the preservation of the many culturally and historically significant structures along the Potomac River, working with a tight budget to battle the destructive forces of time and weather.

“My division is like a mini design studio within the Park Service,” Wong explains. “We have a community planner, a GIS [geographic information systems] specialist, an engineer, a landscape architect and another architect in addition to me.” Together they maintain a wide range of sites, including the Arlington House, the Patowmack Canal engineered by George Washington before he took office in 1789, the historic home of American Red Cross founder Clara Barton and the Netherlands Carillion, a very cool outdoor installation/musical instrument given to the US by the Dutch after World War II.

For Wong, the transition to a government job after working in the private sector has been something of an adjustment, especially in terms of the public discussions and oversight every project entails. “But I like having conversations with various players, from park rangers to cultural and natural resource managers to maintenance and safety,” she says. “It really reinforces a sense of place.”

At RISD Wong took full advantage of studying architecture at an art school and quickly discovered that her passion for design extends to the fine arts. In fact, she was so captivated by glass that after earning her master’s degree she opted to pursue a one-year post-baccalaureate degree in Glass. Working with glass really helps satisfy her hunger to explore materials and acknowledge the potency of the human hand. “The medium has everything to do with your hands: how you turn the pipe, the way you make the mold and how those motions interact with the materials, gravity and the physical world,” she says.

Wong has “squeezed in” a fine arts residency each year since leaving RISD in 2011, including one at Martha’s Vineyard, another at the Corning Museum of Glass in upstate New York, one at Haystack Mountain School of Crafts in Maine and a fourth at the Vermont Studio Center. “I’m always looking for new creative outlets,” she says, “and working with glass has helped me to develop my own process and to see my work in architecture in a unique way.”

Long enamored of the Arctic, Wong participated in the 2013 Arctic Circle Summer Solstice Expedition, joining an international group of artists, writers and scientists in sailing around the Svalbard archipelago, situated halfway between Norway and the North Pole. While on board, she made audio recordings of glaciers popping and crackling and captured the movements of the ship using ink and paper.

Wong hopes to return to the Arctic some day and would like to explore other remote areas where the harsh climate “makes human interventions extremely difficult to negotiate.” With that in mind, she continues to pursue possible funding avenues in support of further research. But for now, she says, she’s enjoying the more temperate climate in the Washington, DC area and putting her historical preservation expertise to good use in the nation’s capitol.

Experiments in the Arctic

Bundled into a suit of thick neoprene, Ming-Yi Wong MArch 10 edged herself off the side of the Zodiac and lunged toward the massive piece of floating ice.

Spotting a Sierra Nevada bighorn sheep – native to the California mountain range by the same name – is nearly impossible without special tracking equipment.

Exploring Ideas in the Dunes