Preserving a Love of Painting 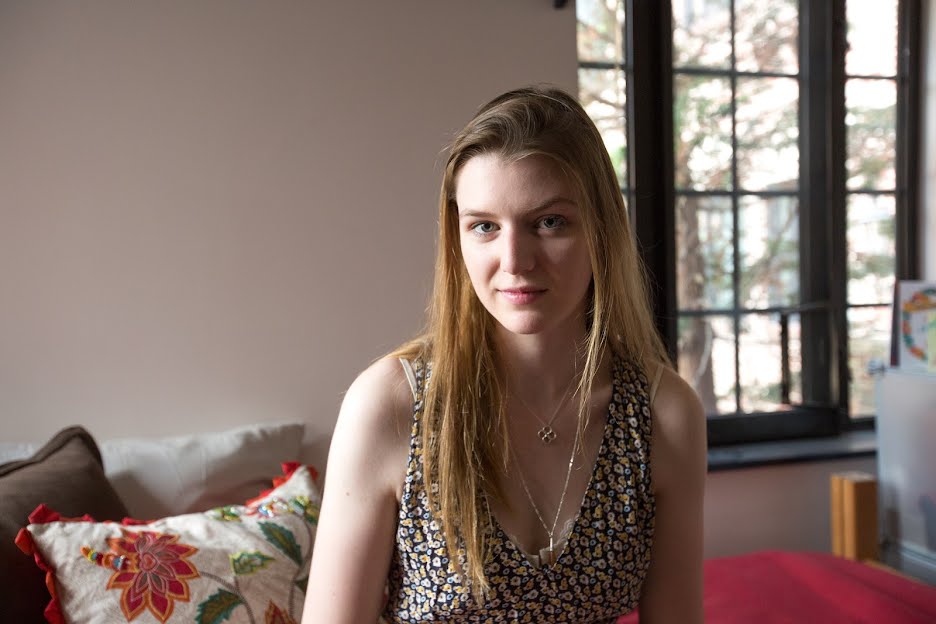 Long before Heather McLeod 16 IL began painting or realized her other natural aptitudes, she approached art with a conservator’s sensibility. “I was very meticulous as a kid [and] I’ve always been drawn to history and historical objects,” says the Connecticut-born painter, who will begin a conservation internship at Yale University Art Gallery (YUAG) in September. As she moves into a new phase of life post graduation, the artist views fine art preservation as a way to connect her fascination with art history and admiration for museum culture to a creative practice that has captivated her since she discovered oil paint as a teenager.

Through the six-month Yale internship, McLeod hopes to expand on her experience in working at the RISD Museum, where she served as a Museum Fellow in Object Conservation last fall. “I’ve been painting for so long now and love it so much that I want to stay involved through conservation,” says the Illustration graduate, who also completed a concentration in the History of Art + Visual Culture.

Though she didn’t restore paintings at the RISD Museum, McLeod loved being able to put her multidisciplinary talents to good use while learning from resident conservator Ingrid Neuman. For instance, she used the 3D making techniques she learned in the studio to repair the damaged frame of a work by Henri Rousseau, and appreciated the opportunity to work closely with the museum’s conservator to understand all aspects of her job. “Ingrid is the go-to gal for everything [at the Museum] and she works in different mediums all the time,” says McLeod, adding that “nowadays that’s the reality” for conservators.

Through her internship at RISD McLeod connected with Carol Snow, deputy chief conservator at YUAG, who helped her get the internship at Yale. Before she goes on to pursue a graduate degree in art conservation, she looks forward to working at Yale’s “amazing facilities” and with its state-of-the-art equipment (including laser restoration tools) to gain more practical experience in the field. The delicate work of conservation “is nerve-wracking,” she admits. “Things can go wrong. If you don’t know what you’re doing, you can make a big, negative impact. But that’s why conservation is so special and why conservators get so much training.”

Before starting at Yale, McLeod is in Italy this summer studying painting conservation through San Gemini Preservation Studies. She’s examining the materials and techniques of Italian painting from the Middle Ages through the Renaissance, participating in a traditional painting methods workshop and exploring prevailing ethical questions of restoration and preservation. She chose this particular summer field school in part due to its proximity to RISD’s European Honors Program (EHP) in Rome, the source of some of her fondest memories in recent years.

“I loved EHP so much I stayed for two semesters,” McLeod says, noting that because it’s an interdisciplinary program she was able to explore different methods of making with more students outside her major. While in Italy, she also worked on the Poggio Civitate Archaeological Project, doing scientific illustrations and assisting on digs – an experience that helped inspire her interest in art conservation.

Although McLeod confidently works in printmaking, sculpture, puppetry and other 3D media, she sees herself as a painter first and foremost – and specifically one who approaches portraiture from unconventional angles. She chose to major in Illustration over Painting because of the technical rigor and emphasis, but as her work developed, she began thinking about how to make portraits without painting faces. For instance, she began painting the backs of heads since “you don’t really need the face to express something about a person,” and tightened her focus even more by concentrating on ears. “When you look closely at people’s ears you see how different they are from one another,” she explains. “And people adorn them so differently in ways that become reflective of” who they are.

Discovering a career path that connects her to both painting and museums is an ideal outcome for McLeod. She likes working in a museum environment surrounded by art historians and others with extensive knowledge of art and its cultural significance and also loves the payoff of getting to closely examine – and even touch – works that she studied in her art history courses. “Coming [to RISD], I never thought I’d work at a museum or on a dig in Italy, pickaxing through the dirt,” the recent graduate says. “But RISD has allowed me to do all these amazing things.”

New graduate Luke Gordon 16 ID is excited to join a team of industrial design consultants in the San Francisco office of SYPartners.