Hale County This Morning, This Evening by RaMell Ross MFA 14 PH has been nominated for a 2019 Academy Award for Best Feature Documentary. 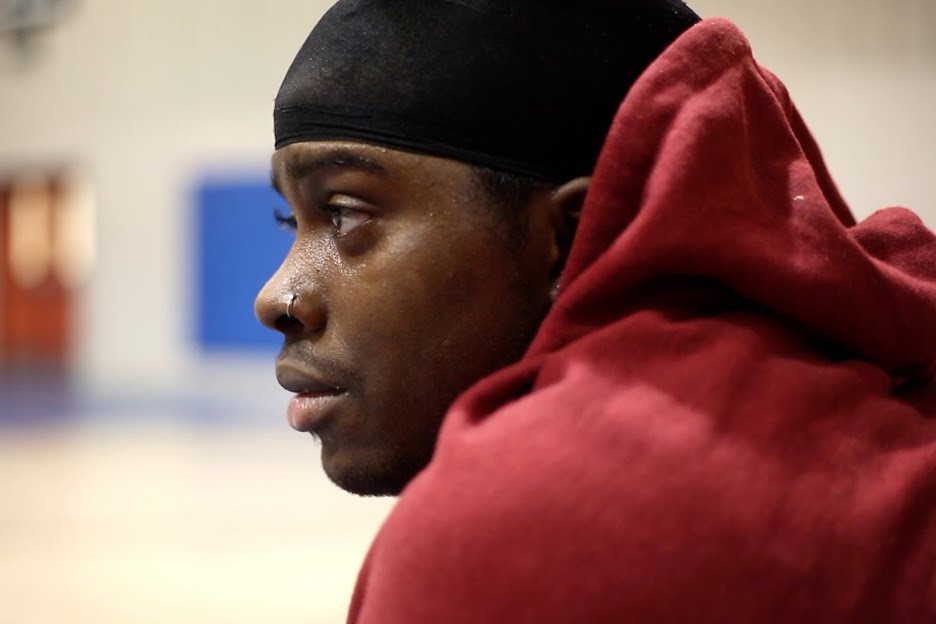 Quincy is one of two young men at the heart of the documentary Hale County This Morning, This Evening.

Just before RaMell Ross MFA 14 PH traveled to the Sundance Film Festival in Utah last month, he learned that his film Hale County This Morning, This Evening is up for an Academy Award this year in the Best Feature Documentary category.

The poetic portrait of life in the deep South won the Special Jury Prize at last year’s Sundance festival and has been getting well deserved attention again this month with its television release on the PBS show Independent Lens.

“With remarkable access to his subjects and his unconventional style, RaMell has created a film that gently gives us the time and space needed to wash away our judgments and recognize the deeply familiar moments of ordinary life,” notes Lois Vossen, executive producer of Independent Lens. “So much of what we see in the media is sensationalized or politicized, [whereas] the love and patience in RaMell’s beautifully crafted portrait of a small town is quietly revolutionary.”

Appearing on The Daily Show with Trevor Noah, Ross told the comedian that with Hale County he intentionally countered convention by setting out to “show blackness as a default rather than a spectacle.” He chose the genre of documentary film “because it’s a space where people are predisposed to truth” and looked to “the logic of music” with its repetition and counterintuitive contradictions “to provide a space” for people to “actually experience what it’s like to see and be” in Hale County, Alabama (where Ross lived for several years before coming to RISD).

After starting the project at RISD (where Professor Emeritus Ann Fessler called Ross “one of the most talented graduate students I’ve worked with in my 21 years at RISD”), it took the photographer-turned-filmmaker five years and repeated project backing from Sundance and others to complete the 70-minute film.

In addition to directing, writing and producing, Ross served as the cinematographer, sound man and editor. As screenwriter, Maya Krinsky MFA 14 PH contributed a lot to the final cut and other RISD classmates Scott Alario MFA 13 PH and Forest Kelley MFA PH 14 wrote and performed the original music.

Shot sporadically over several years, the film offers an intimate view of the everyday lives of two young black men living in this rural county in Alabama. Ross uses simple but evocative moments—from water dripping down a baby’s belly to kids fooling around in a parking lot to church goers singing together—to paint a true portrait of a community and capture a way of life in a region burdened by history.

“It’s not every day that you witness a new cinematic language being born, but watching RaMell Ross’ evocatively titled documentary… qualifies,” writes critic Bilge Ebiri in The Village Voice. “[This] is the sort of film for which the word ‘lyrical’ was invented,” adds Alissa Wilkinson in a review on Vox highlighting the best documentaries at last year’s Sundance Festival. “By sticking to his impressionistic perspective, by fracturing his narrative, Ross achieves something genuinely poetic—a film whose very lightness is the key to its depth,” Ebiri adds.

Whether or not Hale County wins an Academy Award on February 24, Ross hopes his first film gives people “an actual experience” that leads to greater understanding. “I believe that experience comes before words [and] before knowledge,” he told Noah on The Daily Show. “You sort of apply the narrative and the meaning afterwards.”

The full-length documentary is available online at PBS through February 25.

In July the Sundance Institute awarded recent graduate RaMell Ross MFA 14 PH a coveted $35,000 Production Grant to turn an evocative 22-minute visual narrative he has been working on for years into a full-length feature film.