For an architectural project manager overseeing some of the (literally) highest profile projects in the country,Kenneth Lewis BArch 83 is surprisingly down to earth. 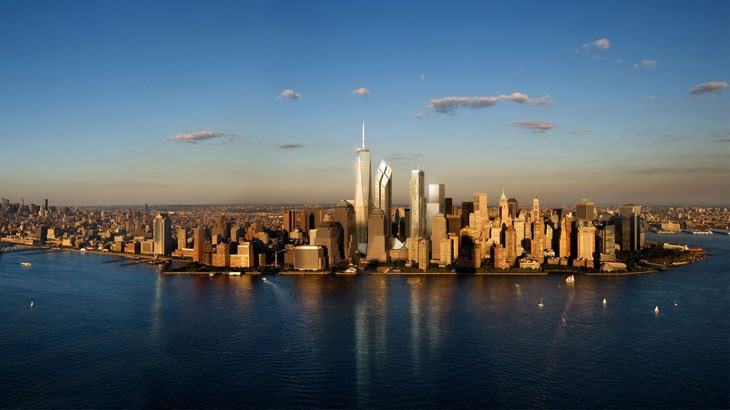 For an architectural project manager overseeing some of the (literally) highest profile projects in the country,Kenneth Lewis BArch 83 is surprisingly down to earth.

“I’m just an architect working on some tall buildings," he quipped before launching into a lecture for students in Architecture on the daunting challenges he and his team at Skidmore, Owings& Merrill (SOM) faced in overseeing the design and construction of two new buildings (towers 1 and 7) on the World Trade Center site in lower Manhattan. Chief among them was to design buildings that serve as “bunkers” able to withstand future terrorist attacks, while also providing public art and creative inspiration for their tenants, neighbors and indeed, all residents of and visitors to New York.

Luminosity and transparency became the guiding principles by which Lewis and his team made creative decisions, and collaborators such as fellow RISD alumnus and glass architectJames Carpenter 72 ILinspired SOM to continually push the envelope. “Integrated with art from the very beginning,” as Lewis describes it, the project incorporates innovations such as Carpenter’s active surfaces that illuminate one wall of 7 WTC with blue LEDs as pedestrians walk by. The complex also incorporates art – including a sculpture by Jeff Koons – in its courtyards and public spaces.

During a process that spanned 5 years, Lewis continually sought out expert advice on new technologies – a practice he originally began during his student days at RISD – pulling together an international team of engineers, materials scientists and others to produce multiple iterations and devise real-life tests. At each step along the way, the project required the invention of new materials – from oversized sheets of ultra-clear glass to dense reinforced concrete able to withstand the test bombs to which it was subjected. In fact, the buildings themselves became a testing ground for new ideas in engineering, materials science and sustainability, and proved to be as durable and ergonomic as they are aesthetically pleasing. Ultimately, they also earned the highest standard of sustainable building at the time, LEED gold certification.

“Architects are tasked with imagining the future,” noted Architecture ProfessorChristopher Bardt BArch 83 in his introduction to the talk by his former RISD classmate. Nearly 10 years after the terrorist attacks of 9-11, New York is still in the process of imagining and reshaping its own future.

As one of the architects contributing to this, Lewis says that RISD not only helped him hone his problem solving, but also taught him that, “Art is always at the core of a project, never an afterthought. The creative act has to be part of everything you do.”