Murals uncovered through repairs in the Waterman Building—built in 1893 as the first permanent home for the college—point to a former focus at RISD in the 1940s. 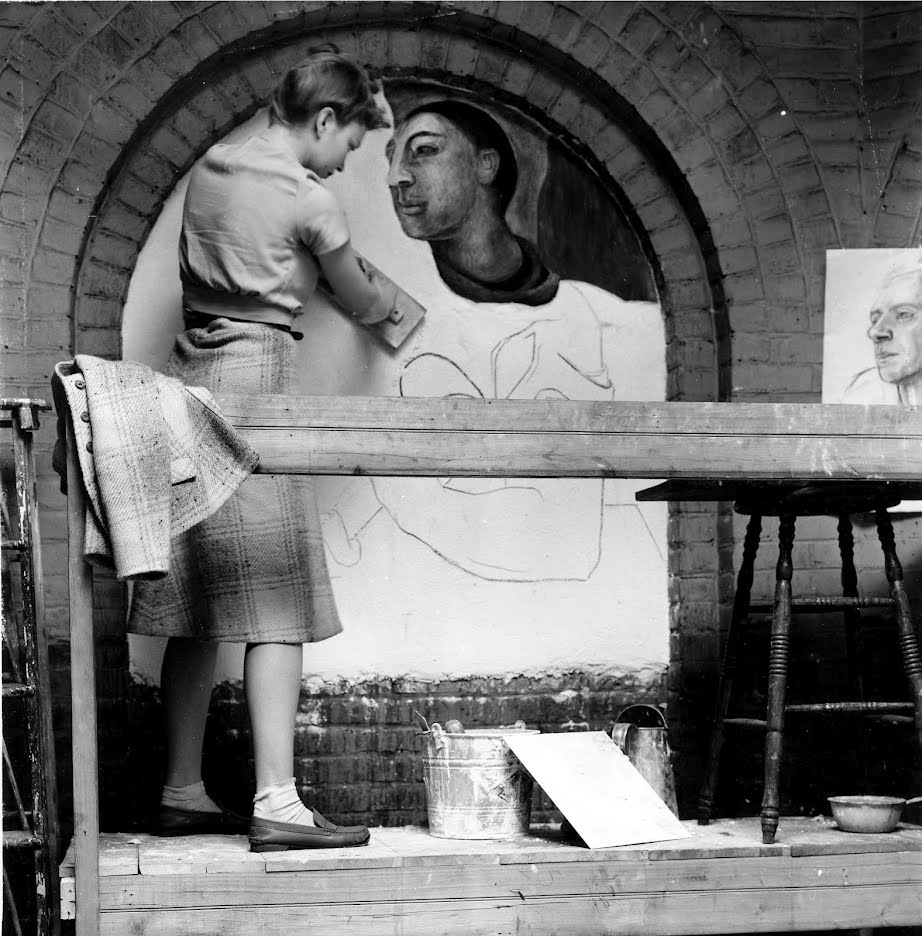 From 1934–47 Painting majors at RISD could specialize in Mural Decoration.

In early June when workers removed a couple of homasote panels to fix the air conditioning in the Waterman Building (RISD’s oldest, dating from 1893), they discovered a sweet surprise on the fourth floor: four fresco murals, presumably painted many moons ago.

After taking a few quick photos, Diane Blair, the office supervisor in Experimental and Foundation Studies, contacted RISD Archivist Andy Martinez, who was able to piece together the puzzle—which included two unlabeled images in the archives that had existed as negatives.

In the mid 1930s, the Painting department apparently began offering mural painting courses, a specialization that grew into a concentration by the mid 1940s. In fact, before the program was phased out after the 1946–47 academic year, Mural Decoration was one of three concentrations Painting majors could choose on their way to earning a BFA (Ilustration and Portraiture were the others).

“Students electing Mural Decoration will receive training in the theory and techniques of tempera painting, fresco painting [and] mural composition,” says RISD’s course catalogue from the era. And “in the fourth year, [they] will execute the sketches, studies and final painting of a mural decoration for a specific wall”—which appears to have been the 4th-floor walls in Waterman, at least for part of the decade.

“My guess is that each year’s work was painted over the preceding year’s,” Martinez says, “and that the uncovered murals represent the tail end of the mural courses.”

Spotting a Sierra Nevada bighorn sheep – native to the California mountain range by the same name – is nearly impossible without special tracking equipment.