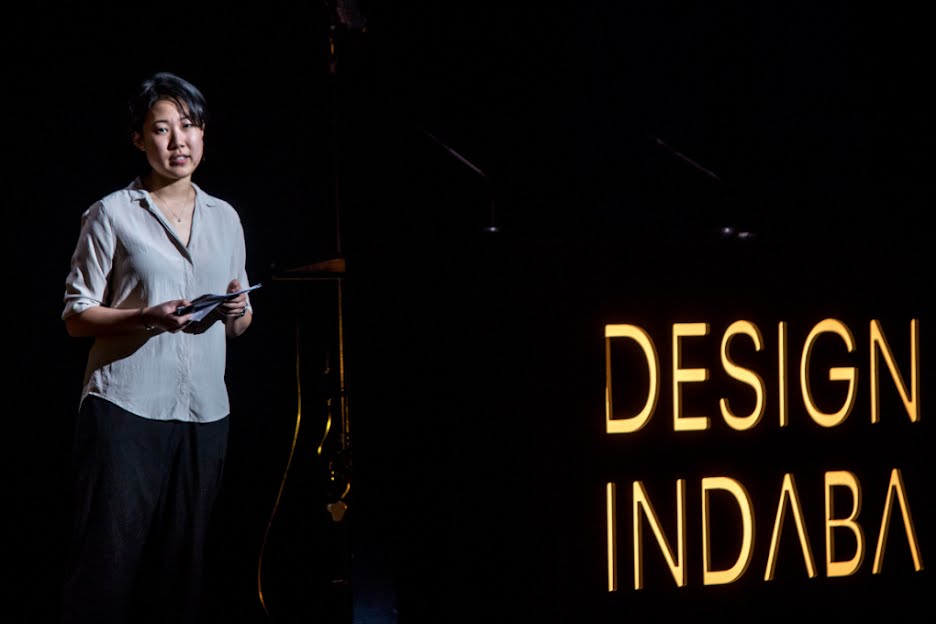 Last week Graphic Design grad student Bo-Won Keum MFA 17 GD and Airbnb cofounder and RISD trustee Joe Gebbia 05 GD/ID both spoke at this year’s Design Indaba conference on creativity (March 1–3) in South Africa. Each shared their own stories about how they use design thinking to improve people’s lives.

Gebbia told the incredible story of how he and longtime friend Brian Chesky 04 ID helped get the sharing economy off the ground when they first launched Airbnb, the now popular home-sharing site, in 2008.

As he reiterated last year on NPR’s How I Built This, after a spike in interest during the Democratic National Convention in 2008, the San Francisco-based startup faced what is known as “the trough of sorrow,” a stretch of time in which the product or service doesn’t align with the market and the company flounders.

With a lot of hard work and difficult decision-making, Airbnb was able to stay afloat through the drought and eventually become the $30-billion phenomenon it is today, offering accommodations to more than 150 million guests in more than 191 countries around the world.

Keum focused on her experience last summer as a 2016 Maharam STEAM Fellow working with the Seattle-based nonprofit Books to Prisoners, which is dedicated to providing inmates in US prisons with valuable reading material.

Noting that she first got involved “due to what was happening politically at the time in the US,” she explains that the nonprofit works to counter “the core issue with the prison system, which is very punitive. You do something wrong and you get punished and forgotten about. But Books to Prisoners is about giving people second chances.”

Keum worked to develop a global archiving strategy and create a resource guide to share with other US prison book donation programs. She also gathered inmate stories about how the books have impacted their lives and has designed a book to share their stories.

“Despite convictions that print is dead,” Keum noted, “a book still commands physical presence and is a democratic object—something the volunteers and prisoners can all read. Don’t be afraid to let a simple gesture take up space,” she advised the audience. “It’ll resonate in more ways than you can imagine.”

Videos of Keum’s and Gebbia’s 2017 Design Indaba talks will be available online this spring.

It wouldn’t be wise to poke holes in the plastic-wrapped package now on its way to Blake Hiltunen MFA 14 SC.