A moving documentary by experimental filmmakers Isabelle Dupuis and Tim Geraghty (who teaches at RISD) is garnering rave reviews. 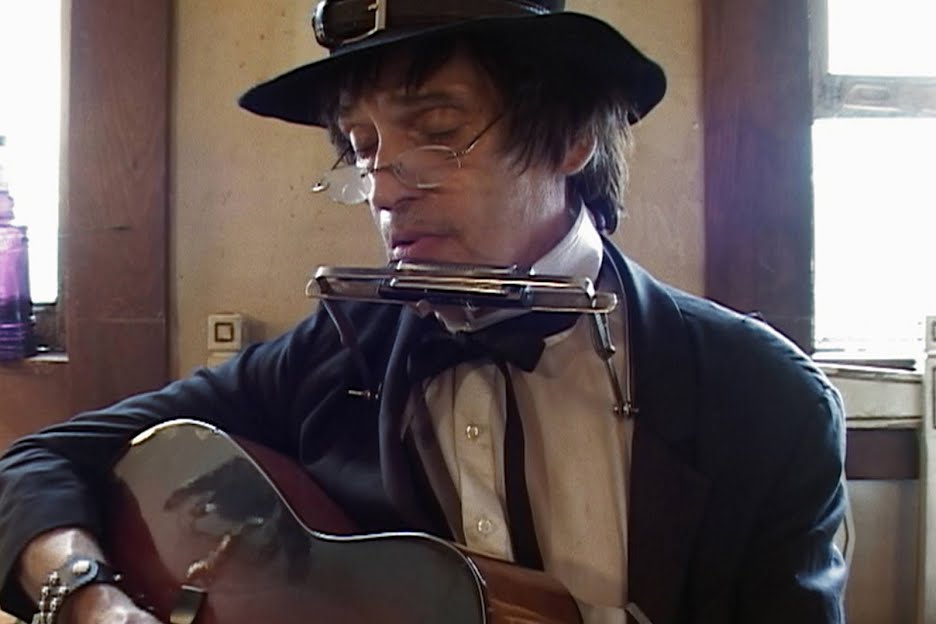 Critics are extolling the virtues of a haunting new documentary by experimental filmmakers Isabelle Dupuis and Tim Geraghty, who teaches in RISD’s Film/Animation/Video department.

Reminiscent of the grim, over-the-top squalor presented in the 1975 cult classic Grey Gardens, The Unicorn tells the story of singer-songwriter Peter Grudzien. The creator of the first openly gay country music album (also called The Unicorn) now lives in Queens, NY with his elderly father and mentally ill twin sister. New York Times reviewer Ben Kenigsberg writes that the film shows “what it means to burn bright, then die alone.”

In addition to screening at Anthology Film Archives in NYC—the wonderful arts organization where Dupuis and Geraghty first met—The Unicorn has won the Grand Prize and MUBI award at the 2019 F.A.M.E. festival in Paris—and word of its power and presence is spreading quickly.

“Filming the Grudziens as they grew decisively unhinged, Dupuis and Geraghty display mighty empathy and a piercing kind of artistic patience, shunning conventional narrative so as to linger on moments of casual human revelation,” says Chuck Bowen in Slant. “The Unicorn is an atmospheric document of living on the fringes, rendering its subjects’ despair and anger with a lucidity that suggests transcendence.”

“Isabelle actually shot the footage from 2005–07, but she needed funding and an editor to partner with, which is where I came in,” says Geraghty. “I had worked on other music documentaries—like the American Masters film about Phil Ochs—and the two stories had some similar themes concerning music, mental illness, the American family and idealism gone awry.”

Geraghty and Dupuis turned to Kickstarter to raise the funds needed to finish the film and as they explain on their project page, “There was something immediately fascinating about this tall, lanky man in black—the awkwardness with which he carried himself in public places, his carefully composed yet disheveled outfit, his intriguing rings and oddly styled hair.”

The film catches up with Grudzien 40 years after the release of The Unicorn, his 1974 LP. Now 65, he’s still making music of a sort, performing at a gay karaoke bar in his Astoria neighborhood in Queens. His sister Terry has spent most of her adult life in psychiatric wards and group homes and—heartbreakingly—shares her dreams of romance with the filmmakers. Their father struggles with age and memory loss, recalling a childhood working in the coal mines and openly regretting his decision to have children.

“Documentaries are often agenda-driven,” says Geraghty, “but we intentionally directed the film to be absent of any agenda. We simply showed the life of Peter, highlighting his determination to be an artist, which is really inspiring.”

In addition to working to get the film out into the world, Geraghty is busy teaching this semester and says that the experience enriches his filmmaking practice. “The current political climate can feel hopeless,” he notes, “but teaching at RISD—working with students and faculty in a creative environment—has been very rewarding and restores my sense of hope.”