Toronto-based apparel designer Peggy Sue Deaven-Smiltnieks 09 AP is showing how fashion can be a force for good. 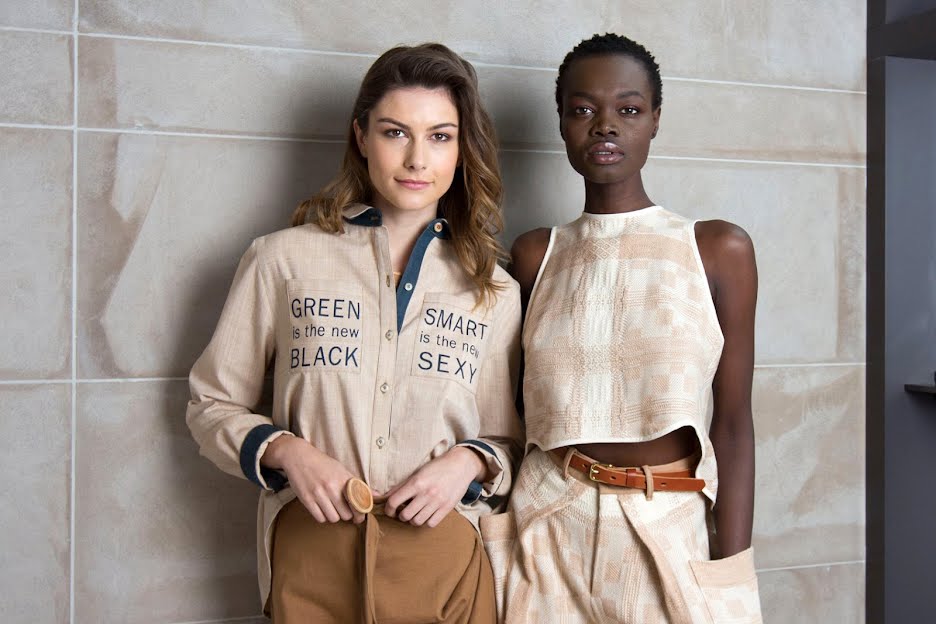 Toronto-based apparel designer Peggy Sue Deaven-Smiltnieks 09 AP believes that fashion can be a force for good. In late November her commitment to sustainable, eco-friendly fashion got a strong endorsement from the Design Exchange, Canada’s design museum, which awarded her the top prize of C$10,000 in its 2017 Emerging Designer Competition. In conjunction with the win, the Peggy Sue Collection is on view through February 16 at the Design Exchange in Toronto, and on February 11 the designer will discuss her process during an open conversation.

“If we’re talking about the future of fashion, Peggy Sue is going the right way,” says Nina Boccia, director of programs at the Design Exchange. “She’s involved right from the start with the farms and mills that help bring her design vision to life.”

Born and raised in California, Deaven-Smiltnieks says that at RISD she “was asked to dig deep, observe closely and create fearlessly.” That foundation gave her the confidence to move to NYC right after graduating in the midst of the recession and grow in other ways—namely, “in practicality and pragmatism. I worked for companies that were mavericks in the field of production and supply chain building, where I learned how to maximize efficiencies, cut costs and expedite timelines.”

Along the way, the designer learned that she wanted to depart from traditional industry models and look at sourcing materials locally, asking herself if it’s possible to design and produce apparel that improves peoples’ lives, along with the land and animals from which materials are sourced.

After relocating to Toronto, Deaven-Smiltnieks founded the Peggy Sue Collection—which she markets as “elegant and ethical” fashion—in 2015 to focus on hyper-traceable fibers, artisanal production and zero-waste design. In accepting the Design Exchange award, she noted that 75% of her materials come from woman-owned small businesses and that these female farmers, knitters and weavers are “smashing through stereotypes to become champions of industry.”

It’s her way of showing how fashion can make a positive impact through close attention to detail in the supply chain. Committed to helping fellow designers and makers, Deaven-Smiltnieks adds that all of the textiles she uses “begin as raw fiber sourced from a North American farm, spun in a North American mill and woven, knit or felted by a North American artisan.”

Accolades such as this most recent one from the Design Exchange are nothing new to Deaven-Smiltnieks, who earned Toronto Fashion Incubator’s New Labels Award in May 2016 for her focus on locally sourced and manufactured apparel. In spring 2017 the Peggy Sue Collection also won Canada’s Sustainable Fashion Award competition, earning a grand prize valued at $50,000 and a trip to China to attend the Intertextile Shanghai Exhibition. As part of the competition, she presented three looks in a runway show for a jury of industry insiders and spoke about her challenges and successes in designing sustainably.

“We primarily use hyper-local sheep’s wool and other natural fibers to minimize the carbon footprint of our supply chain,” Deaven-Smiltnieks explained to the jury. Her company also strives to reduce carbon emissions and chemical use and to encourage better soil treatment by using organic cotton from California and Texas. Additionally, they collect and upcycle textile waste, thus reducing the amount of waste sent to landfills as well as the carbon emissions they cause.

With everything she makes, Deaven-Smiltnieks aims to “put forth honest, thoughtful and well-considered workmanship that not only strives for excellence in form and function, but attempts to slowly improve the quality of the social and global environment that it relies so heavily upon.”