RFP for Repairing Our Oceans

Students in a fall Architecture studio called Your Ocean, My Ocean present a powerful performance piece and inspiring call to action. 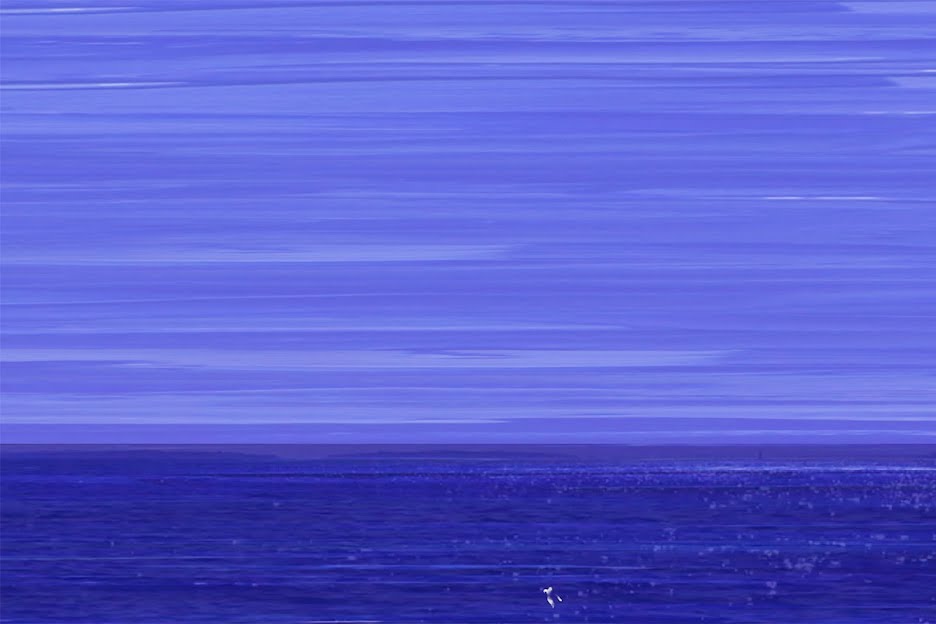 A series of experimental films by RISD Architecture students voices a clarion call for help.

A hushed sense of anticipation takes hold as audience members find their seats in the College Building’s teak-lined former library space, where a performance piece called Ocean Clarion Call is about to unfold. As the space darkens, it’s lit from above in a deep blue light. From the back of the room comes a sustained chiming sound that grows louder and more insistent as the audience waits for the show to begin.

The intense, film/dance experience that followed on Monday, December 10 was created by Architecture students in YOMO (Your Ocean, My Ocean), a fall studio taught by Professor Kyna Leski. Inspired by a spring collaboration with the Media Arts department at the University of California/Irvine and funded by a grant from RISD’s Robert L. Turner Theatrical & Performance Design Project, the studio was intended as a call to action—a rescue mission focused on the planet’s oceans.

“We began by thinking of the ocean as a client and trying to understand the client’s needs,” says Leski, who frames global climate change and related manmade activity that impact our seas as a design project ripe for student input. “Architects break things down into measurable and scalable problems,” she explains. “We can use the structure in which we practice as a guide to approaching... a world design project.”

Working with local scientists John Duke and H. Curtis Spalding, students identified a number of distinct problems: the unintended consequences of human activities on the earth’s oceans, the disastrous effect of plastics on sea turtles and other marine wildlife, the impact of rising acidity levels on the marine food chain, and the effects of global warming and melting ice on the system of currents that has sustained the ocean for millennia.

As the event program notes, YOMO is a larger collaborative project with UC/Irvine. The work has two primary through lines: emotional responses to the natural beauty of ocean ecosystems and feelings of despair that arise from witnessing habitat destruction. The projects students presented were able to voice that despair without plunging viewers into a sea of helplessness.

And the clarion call that preceded the screening, Leski says, was an unexpected bonus realized when undergraduate student Anya Drozd BArch 20 began rocking the huge, crystal-laden hammock she’d created as part of the short film When the Conveyor Stops. “She made the piece to model oceanographic maps that show the direction of currents,” Leski explains. “But the amazing sound that it made just became the ocean’s voice—the perfect response to the open-ended prompt I provided at the beginning of the semester: How can we help people hear and feel such an immense organism as the ocean?”

A repeat performance of Ocean Clarion Call will take place in March (date tbd) at Brown University’s Granoff Center for the Arts.

Eleven students and new graduates are bringing valuable critical thinking skills to nonprofits around the world.