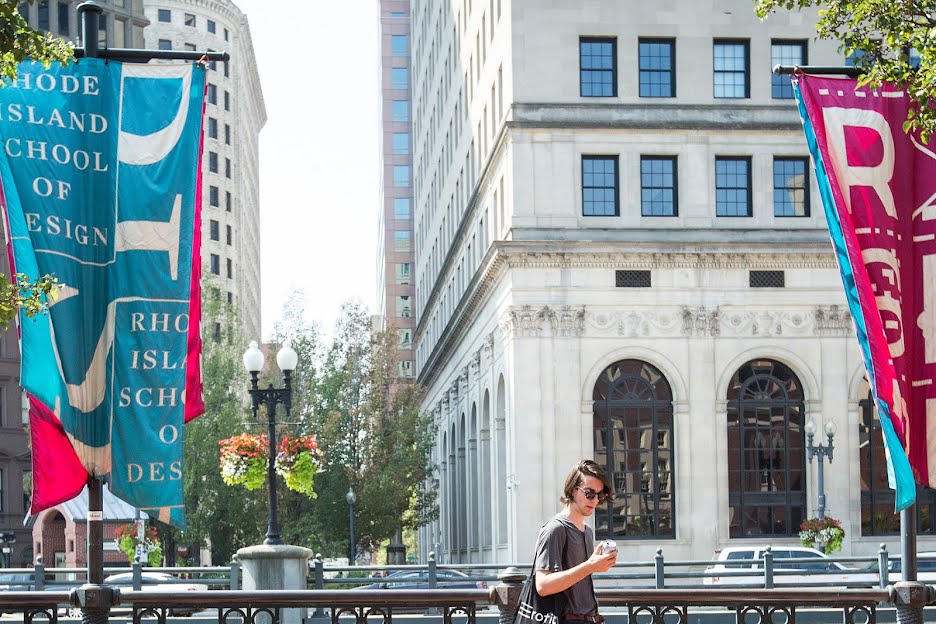 Four long-time RISD educators with strong ties to the community have been promoted to new leadership positions, effective July 1. Former Dean of Liberal Arts Daniel Cavicchi who began teaching at RISD in 1996, is now associate provost of Research|Global|Practice, a newly created position in which he oversees the divisions and departments of Continuing Education, Executive Education, RISD Global, Partnered Projects and RISD Careers, working collaboratively with existing staff to develop interdepartmental synergies and strategic, cross-disciplinary plans.

As a cultural historian, Cavicchi is known for his pioneering research on fandom and the role of the arts in our everyday lives through books like Listening and Longing: Music Lovers in the Age of Barnum (Wesleyan), Tramps Like Us: Music and Meaning Among Springsteen Fans (Oxford University Press) and My Music: Explorations of Meaning in Everyday Life (Wesleyan). He has created exhibits for the GRAMMY Museum in Los Angeles and the GRAMMY Museum Mississippi, developed curricula for the Experience Music Project and PBS, and contributed work to nonprofits, including Providence arts organization FirstWorks and the Rhode Island Council for the Humanities. At RISD he has helped to develop such interdisciplinary research initiatives as the Witness Tree Project—an innovative history and design studio bringing together liberal arts, woodworking and the National Park Service—and a year-long curricular collaboration with LEGO Education in Denmark.

Now that Cavicchi has assumed a new role, Professor Damian White has been appointed RISD’s new dean of Liberal Arts. A sociologist and political theorist, he served as head of the History, Philosophy + the Social Sciences department from 2012–16 and helped launch a new interdisciplinary concentration in Nature–Culture–Sustainability Studies in 2012.

White’s ongoing research and established expertise in environmental sociology recently led to the publication of Environments, Natures and Social Theory: Towards a Critical Hybridity (Palgrave Macmillan). “Damian brings a wealth of global experience to the role of dean,” notes Provost Pradeep Sharma, who led the search to fill both positions.

“Scheri radically changed the curriculum and tripled student enrollment while steering the Landscape Architecture department through a successful re-accreditation process,” Sharma notes. With Fultineer’s promotion, Assistant Professor of Landscape Architecture Emily Vogler is now the new head of the graduate-level department. In that role, she will continue to encourage graduate students to “work beyond the studio and engage with what people are doing out in the world.”

And now that former Dean of Fine Arts Sheri Wills has shifted from an administrative to a teaching role, longtime Illustration professor and former Department Head Robert Brinkerhoff is now dean of the division. “Robert has taken on many roles at RISD,” Sharma points out, “including division-based advising coordinator and chair of the Faculty Steering Committee.” An illustrator who maintains an active studio practice, he also helped organize the symposium Illustrator as Public Intellectual in November 2015.

Amy Kulper, newly appointed head of the Architecture department, looks forward to collaborating with colleagues and building on RISD’s strengths.

Rhode Island School of Design has appointed film, video and digital media artist Sheri Wills to the position of dean of Fine Arts, effective on August 25, and has promoted cultural historian, author and scholar Daniel Cavicchi from acting dean of Liberal Arts to a permanent position as of July 1.

In his work with the GRAMMY Museum Mississippi, Dean of Liberal Arts Dan Cavicchi has shed new light on how the state's musicians helped define pop music—and how pop music has changed the world.