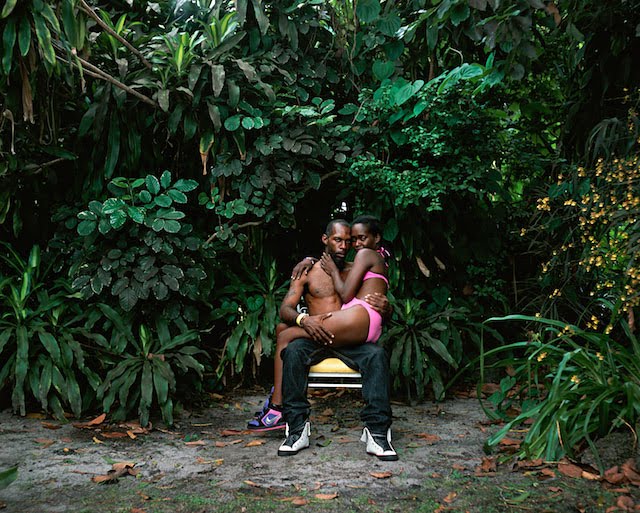 Work by five alumni is included in this year’s Whitney Biennial, which opens on March 17 and continues through June 11. Co-curators Christopher Lew and Mia Locks have chosen to focus the 2017 biennial on “the formation of self and the individual’s place in a turbulent society.”

Brooklyn-based photographer Deana Lawson MFA 04 PH—perhaps best known for compelling portraits in which people openly confront the camera—is among the 63 artists invited to participate in the high-profile survey show of contemporary art in America. She’s also exhibiting in a solo show at the Contemporary Art Museum St. Louis, which continues through April 16.

Work by fellow photographer and New Yorker Leigh Ledare 00 PH is also in the biennial. His disturbing and often sexually explicit photos—many of which wrestle with troubled relationships—pose universal questions about archetypes, gender, ethics, taboo and the relationship of photographer to subject.

Based in Brooklyn, Jessi Reaves 10 PT is exhibiting beautifully scruffy sculpture that fundamentally looks and feels like furniture but isn’t—personality-soaked chairs, tables and sofas made from foam, sawdust, plywood, plexiglass and auto parts. She made a splash last spring with her first solo show at Bridget Donahue and just may do the same at this year’s biennial.

Jordan Wolfson 03 SC, who made his debut at the 2006 Whitney Biennial, is back a decade later with work that continues to surprise. The NYC-based artist admits that much of what he makes sort of freaks him out, but that doesn’t keep him from following his instincts. Wolfson’s work is also on view through April 23 in a solo show at the Stedelijk Museum in Amsterdam.

Brooklyn-based painter Shara Hughes 04 PT is showing multilayered, textured abstracts that come across as simple and direct yet are rich in ambiguity. Now represented by Rachel Uffner Gallery, she’s also currently showing in Mind Bender, a solo exhibition at Baldwin Gallery, and in Lamenting, Sighing, Weeping, a solo show at the Metropolitan Opera House’s Gallery Met.

As an outgrowth of her ongoing Salad for President project, artist Julia Sherman 06 PH has released an enticing new cookbook focused on artists who are also creative in the kitchen.