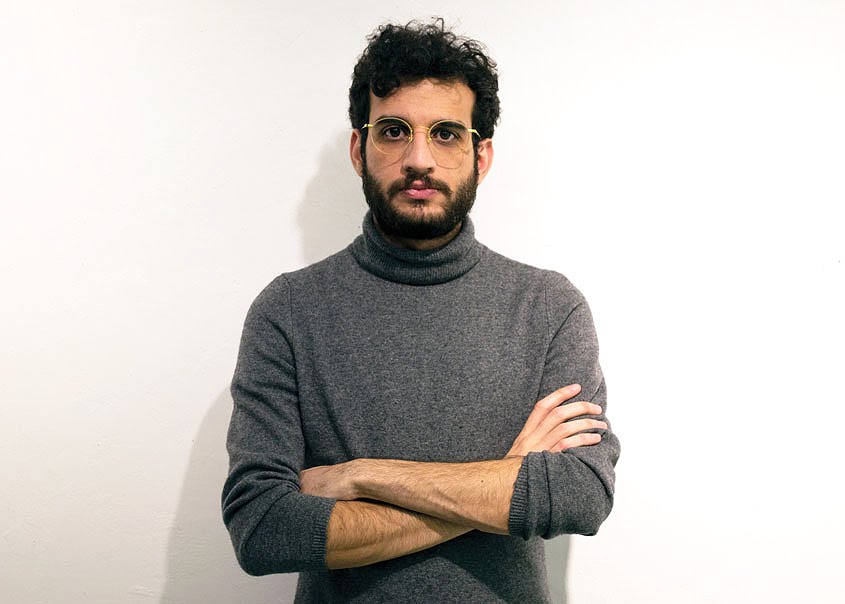 Born in Turkey, Eskinazi has lived in the US since 2009 when he came here to earn an undergrad degree at Emerson College in Boston. He recently attracted attention on campus by co-curating the well-received multidisciplinary exhibition Vernacular Spectacular, which just closed at the Gelman Student Exhibitions Gallery. The designer tells GDUSA that he’s partial to the color yellow, prefers the typefaces Arnhem and Antique Olive and believes that a designer’s greatest strength and weakness are “patience” and “too much overthinking.”

Nelson, who was born and raised in Port-au-Prince, Haiti, told GDUSA that she’s excited to be working on a senior degree project focused on the sociolinguistics of speaking French and Haitian Creole on the island she calls home. “I want to amplify ways that Haitian Creole is already elevated, and really open a discussion about its place in our society,” she says.

Nelson describes herself as a “social introvert” and says that her work “explores the multiple facets and intersectionalities of identity as a black, Haitian, female graphic designer.” Her ambitious project exploring this topic was included in the recent –ISMSshow organized by RISD Global. In addition, it was selected for discussion at a group critique led by visiting artist/activist and MLK Series keynote speaker Emory Douglas in late January.

Shin is also tapping multiple perspectives in her work. Born in Seoul and raised in southern California, she first moved east to study art history at Cornell University and discovered graphic design while working as a curatorial intern at MoMA in NYC. Here at RISD she keeps connected with key cultural institutions and works as a graduate assistant at the RISD Museum.

Shin told GDUSA that she prefers to design mostly in black and white, tries “not to use the same typeface more than once” and sees “perfectionism” as both the greatest strength and greatest weakness of being a designer. In response to what she would be if she weren’t a designer, she deadpans: “A healthier person.”

As a summer intern at Weebly, graphic designer Zach Deocadiz 17 GD worked to connect the principles of print design to the world of tech.

As a double major, Yves-Olivier Mandereau 15 CR/GD is passionate about exploring language, culture and communication in his work.