Assistant Professor of Architecture Brett Schneider and a team of students temporarily transform Brooklyn’s Navy Yard into an elegant backdrop for the Beaux Arts Ball. 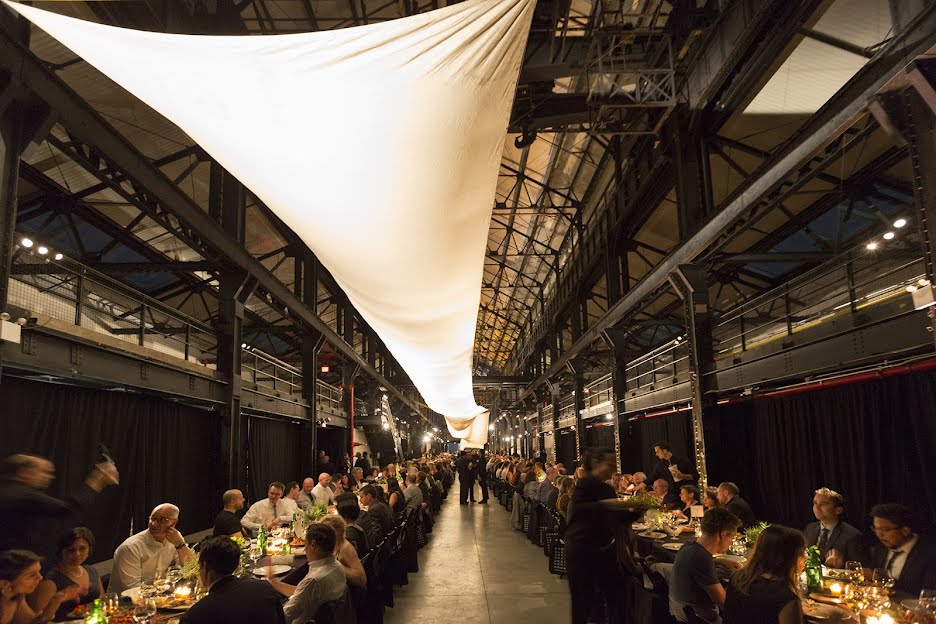 Assistant Professor Brett Schneider and a team of students transform Brooklyn’s Navy Yard into an elegant backdrop for the Beaux Arts Ball.

When the Architectural League asked Assistant Professor of Architecture Brett Schneider to temporarily transform Brooklyn’s industrial Navy Yard into an elegant backdrop for its annual Beaux Arts Ball in September, he found inspiration in the theme of this year’s event: alchemy.

“We wanted to create a piece that would both reference the space’s maritime heritage and suggest that transformation can spring from unlikely circumstances,” says Schneider.

Collaborating with Lizzie Hodges—an architect at the engineering firm Guy Nordenson and Associates in NYC, where he works—Schneider recruited a team of RISD Architecture students to assist in designing and fabricating a transformative installation in the tight, six-week timeframe available.

Built of canvas, burlap and a calibrated rigging system reminiscent of ship’s rigging, the piece was anchored to an exposed steel structure inside the building. “The curtain twists, unfolds and sails along the 500-foot hall, creating soft rooms,” as Schneider puts it, adding that it magically reinvented the space for the festive ball on September 22.