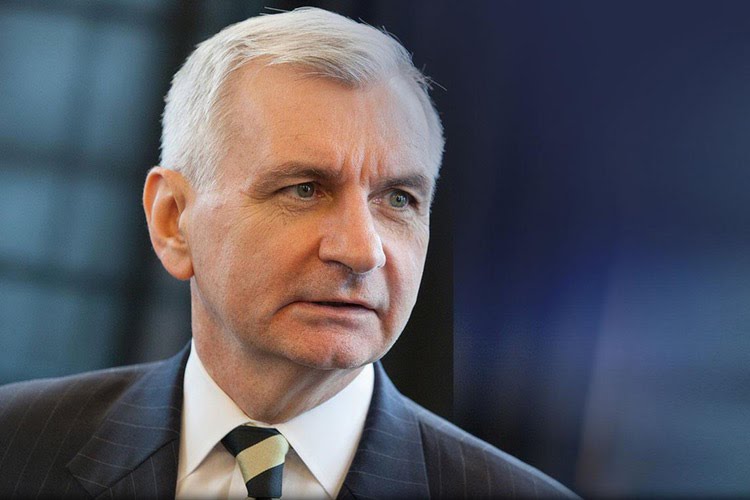 “We recognize that the arts and humanities have a profound impact on who we are and who we will become,” said the senior senator, speaking to an overflow crowd in the RISD Auditorium. “So I think we are at a point where we have to roll up our sleeves and fight to make sure that principle prevails.”

In welcoming Senator Reed, President Rosanne Somerson 76 ID (below) recalled the legacy of Claiborne Pell, the late Rhode Island senator who helped establish the National Endowment for the Arts [NEA], the National Endowment for the Humanities [NEH] and the Institute of Museum and Library Services, three of the agencies endangered by the newly proposed federal budget. She also underscored the opportunity students now have to speak out and engage in public discourse more than 50 years after these important cultural pillars of progress were first established in the US

Senator Reed spoke about the impact of the NEA and the NEH—and the activities they represent—not just on “the human spirit” but also on the economic wellbeing of the country and tied the proposed cuts to the “radical restructuring of the American government” the current administration has put into motion. He also praised the RISD-led STEM to STEAM initiative for elevating the role of art and design in national educational policy initiatives.

Following his remarks, the senator participated in a lively Q+A session along with Randall Rosenbaum and Elizabeth Francis (pictured above), the executive directors of the Rhode Island State Council on the Arts [RISCA] and the Rhode Island Council for the Humanities [RICH], respectively. He expressed admiration for how artists and designers bridge cultural differences through their work and decried those in power seeking “to exploit rather than mend” the growing polarization of the nation.

Toward the conclusion of the hour-long session, RISD Archivist Andrew Martinez read from a statement by RISD faculty. “We believe that these actions diminish us as a creative community and as a nation,” he said. Faculty don’t consider art and design to be meaningless activities, but rather “the necessary best ways of doing whatever it is that needs to be done” for society.

“I can’t think of a better way to conclude than with those wise and timely words,” responded Reed. “Now we have to take those words and make them into reality.”