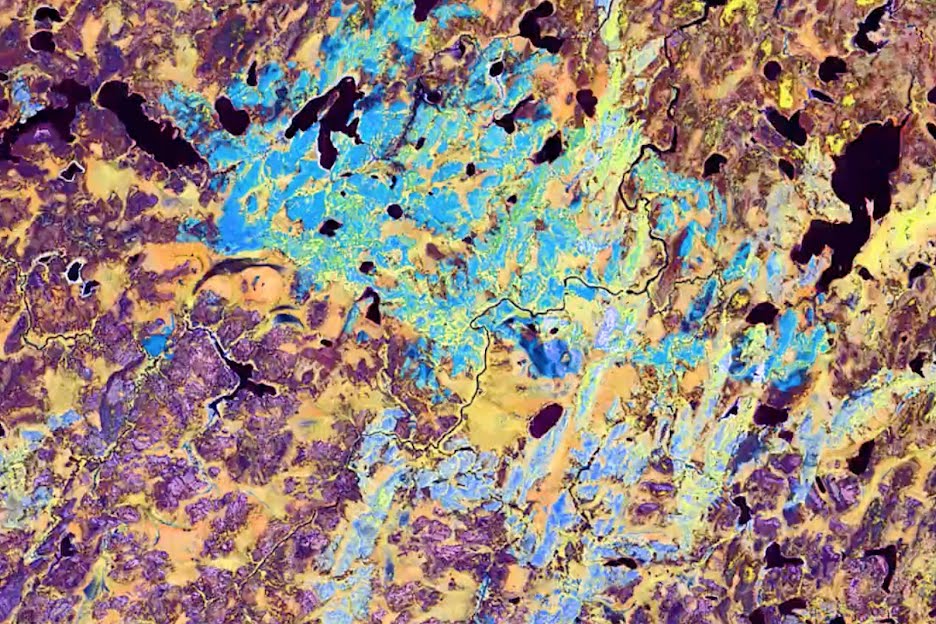 A still from Via by Maria Constanza Ferreira 17 FAV/GD, the Midnight Moment screening in Times Square throughout November.

As late-night crowds pass through NYC’s Times Square in November, they may notice that at 11:57 pm every electronic billboard suddenly synchronizes to screen an experimental short film called Via by recent double-major grad Maria Constanza Ferreira 17 FAV/GD.

“I hope for audiences to reflect upon how organic and inorganic systems shape the surface of the planet and to think about the role of lenses and screens as interpreters and descriptors of the world,” says the Venezuelan-born artist.

Before getting picked up for Midnight Moment, Ferreira’s film was also selected as a Vimeo Staff Pick, as were her other recent shorts Lattice and Righteous Energy.

Ferreira started combining art and science as a student at RISD, where she worked with Biological Programs Designer Jennifer Bissonnette in the Nature Lab, using microscopes and polarizing filters to experiment with crystal formation.

Ferreira is now continuing her explorations in chemical crystallography as an artist-in-residence with the Kahr Research Group at New York University’s Chemistry department (through March).

In October some of the work she is developing at NYU was on view—along with her films—in Glimpses 2019: The Art of Science, a group exhibition at NYU Abu Dhabi’s Project Space (UAE).

Life in a Drop of Water