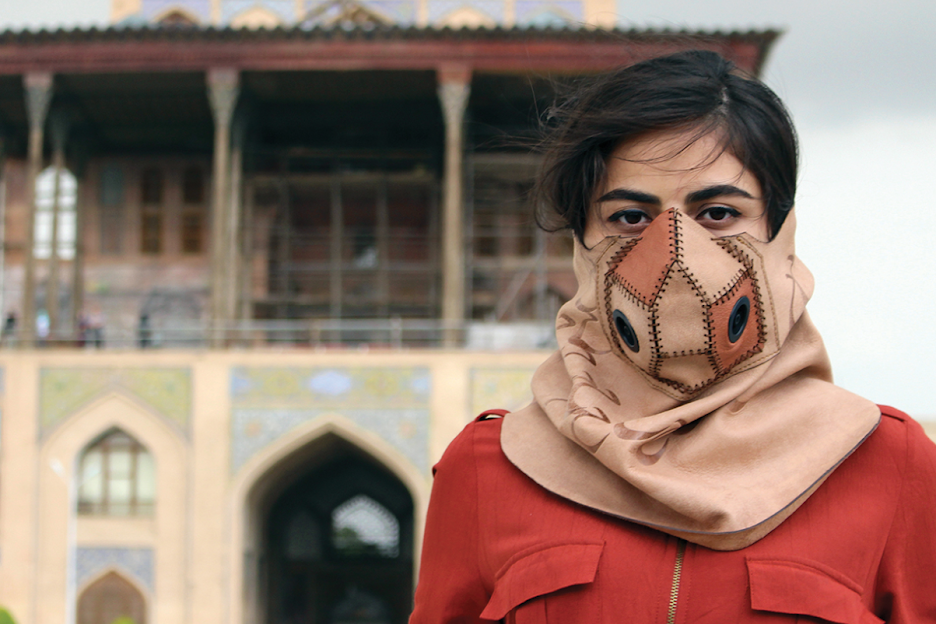 For the past two years Associate Professor of Industrial Design Paolo Cardini has been traveling far and wide, leading workshops throughout the Global South as part of his recently created workshop series known as Global Futures Lab. This initiative has been the focus of his tenure as the second RISD Global Faculty Fellow, a platform supported by RISD Global and the Provost's Office (Assistant Professor of Literary Arts and Studies Avishek Ganguly earned the first fellowship, while Assistant Professor of Architecture Emanuel Admassu was granted the third).

These collaborative efforts between students, faculty and artisans in Iran, India, Cuba, Peru and Ethiopia have now yielded a nuanced and thought-provoking collection of work Cardini calls “souvenirs from the futures”—objects that suggest a vision of a world to come not often represented by the predominantly Western frame of speculative design. On March 1 and 2 in Rome, Italy, these objects, their origin stories and the knowledge gained in the process of making them were the focus of RISD’s Global Futures exhibition and symposium.

Presented in partnership with PostmastersROMA and 1/9 unosunove gallery, the exhibition offered Cardini a clear opportunity: to develop an exhibition design that serves as a template for partnering institutions interested in replicating it in the coming months. To achieve this, he worked with graduate student Elaine Lopez MFA 19 GD and Center for Arts & Language Director Jennifer Liese during Wintersession to create a newspaper titled Souvenirs from the Futures. The publication serves a dual purpose: it offers a collection of essays and imagery documenting the various Global Futures workshops Cardini has offered at campuses in these countries, while also acting as a series of posters and labels for the works on display, identifying them by title, materials and maker.

“We knew we needed a publication and later an exhibition and that we had all of these unique stories we wanted to share,” Lopez says, reflecting on the challenge of presenting the distinct visual outcomes and multilingual prose in a democratic, non-hierarchical—and crucially, portable—format. “Right away a newspaper felt like a great concept,” she says. “It’s easy to reproduce and easy to travel with. Because it’s an ephemeral object, it suggests that the futures presented within are not permanent—that they are evolving—and that idea fit really nicely with the overall concept of the Lab.”

Watching the exhibition come to life at the gallery was a satisfying experience for Cardini, who had not yet seen all the “souvenirs” collected in the same physical space. Even more satisfying was facilitating connections between collaborators during the symposium that followed at the Museo Nazionale delle Arti del XXI Secolo (aka MAXXI). In addition to delegations from India, Peru and Ethiopia (poignantly, the Iranian and Cuban participants were unable to attend due to international travel restrictions), the symposium featured speakers known for their work in global design futures, namely: Sohail Inayatullah, a former UNESCO chair in Futures Studies, Tegan Bristow of the University of Witwatersrand in South Africa and Stephanie and Bruce Tharp of the University of Michigan’s Stamps School of Art & Design.

“Before the symposium, I was the only reference—the only point of contact for all the people involved,” Cardini says. “But now they are connected, they’re starting to have their own conversations and they’re expanding their own networks, which was really the goal of the project all along.”

RISD students enrolled in the European Honors Program (EHP) in Rome participated in the symposium as well. For alumna and current EHP Resident Fellow Isabella McCormick BRDD 15 PT, the Gallinazo (a souvenir created by Peruvian student Ysabel Adelaida Bayona Isidro) stood out. In Isidro’s view of the future, this Peruvian buzzard is catalyzed as a trash tracker to help address the country’s ongoing struggles with pollution. “As a painter not actively engaged in the contemporary design world, for me much of the symposium covered new territory,” McCormick notes. “Global Futures is intriguing as a utopian, creative and expansive approach to reconciling the past and present while celebrating successes and points of cultural pride...”

Similarly inspired by the experience, junior Sophie Chien BArch 20 looks forward to seeing this new knowledge infuse studios and classrooms once she returns from her EHP experience in Italy. “I’m eager to see RISD engaging with design inclusion on an international scale and look forward to its employment back in Providence,” says Chien.

For Lopez, whose graduate studies in Graphic Design are focused on modes of cross-cultural communication, the experience was hopeful. “When you look at the futures that some of these students are imagining, you see they’re dealing with issues like spirituality and family and mindfulness—topics that we don’t necessarily link to ‘progress’ in the West. But in my opinion, that’s actually the future. It’s not going to be about a Silicon Valley perspective or about how to sell more and make more money. It’s going to be about connections. These projects are grounded in reality and human nature and human connection.”

Seeing the Future in Seoul

RISD's semester-long program in Seoul invites students to connect with Korean alumni and explore a country of great geopolitical and cultural significance.