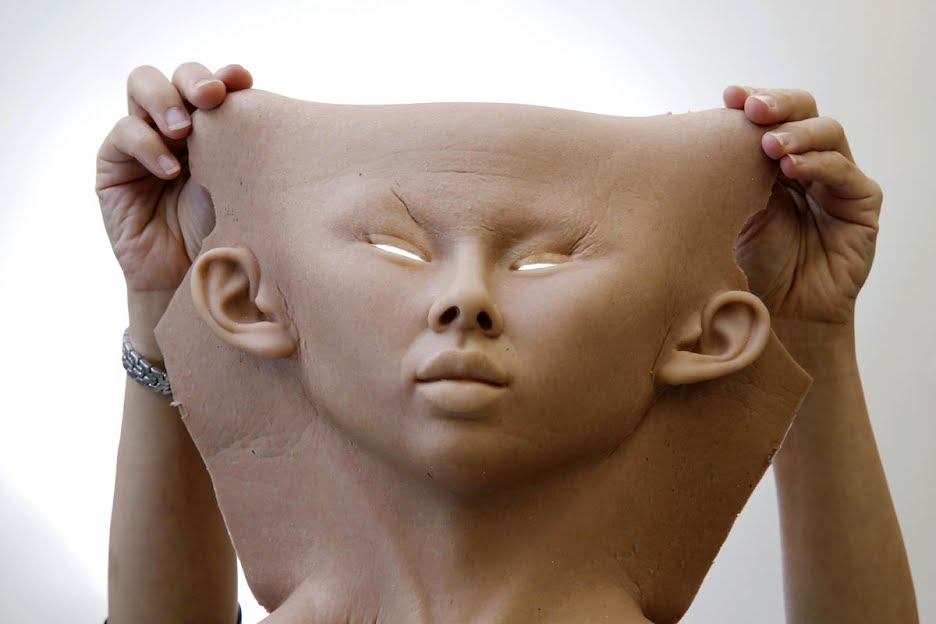 David Hanson 96 FAV, founder and CEO of Hanson Robotics, will accept an alumni award and deliver the keynote address at Commencement on June 2.

Decades before it became de rigueur, David Hanson 96 FAV was inspired by a place called the future. Since graduating from RISD in the mid 1990s, he has been pushing, probing and poking around the realm of artificial intelligence, growing ever more knowledgeable about the complexities of human thought and emotion in the process. On June 2 Hanson will accept RISD’s 2018 Alumni Award for Artistic Achievement at Commencement and deliver this year’s keynote address to graduating students.

“Our quest is to create amazingly expressive robots that build engaging relationships with people through conversation,” Hanson says of the team of roboticists, AI experts, scientists, engineers and cognitive specialists he leads at Hanson Robotics in Hong Kong. “Our robots teach, serve, entertain and will in time come to truly understand and care about humans.”

Hanson’s latest and most advanced robot, Sophia, has been garnering a lot of attention in recent months—appearing in mainstream publications like Elle and Popular Science, trading gags with Jimmy Fallon on The Tonight Show and even addressing the United Nations last October. “I am here to help humanity create the future,” she told assembled world leaders.

At RISD Hanson majored in Film/Animation/Video and then went on to work at Walt Disney Imagineering as a sculptor and technical consultant. He returned to school to earn a PhD in Interactive Arts and Engineering at the University of Texas at Dallas and has taught interactive and robotic sculpture on several UT campuses as well as at the Art Center College of Design in Pasadena, CA. Both PC Magazine and WIRED have called him “a genius” and has earned recognition from NASA, the National Science Foundation, the Association for the Advancement of Artificial Intelligence, Tech Titans and the Cooper Hewitt, among others.

Hanson is constantly improving on his robots using an iterative approach and cloud-based AI that provides analytics for processing the social data gathered from the robots’ millions of interactions with people. Ultimately, he hopes to create “genius machines with greater-than-human intelligence, creativity, wisdom and compassion that can help us solve the most challenging problems we face.”