Standing Up for Equal Rights 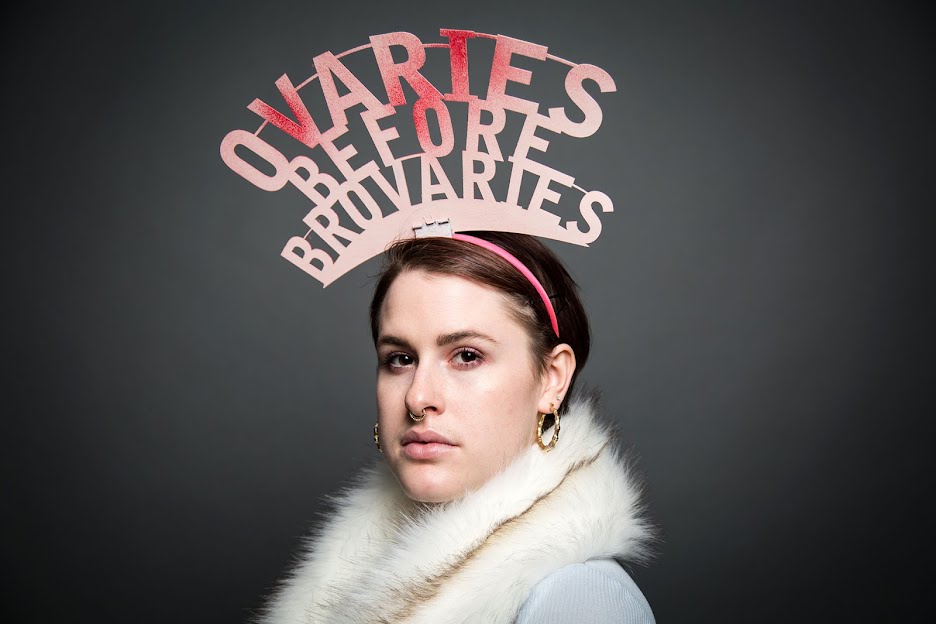 Alumna and Textiles faculty member Gina Gregorio 92 TX is among many members of the RISD community who are putting their talents to work to speak out about women’s rights and other core values increasingly under threat in the US.

After initially setting out to design something for her mother to wear to the Women’s March on Washington on January 21, Gregorio found herself inundated with requests once word quickly spread about her crown designs and people wanted more. Thanks to access to a friend’s 3D printer, she threw herself into production mode in early January and produced dozens of crowns prior to the historic event.

Gregorio also decided to create a few t-shirt for friends, but based on the response to an Instagram post, she ended up making far more than originally planned. After four hours of intense work at The Textiles Arts Center, she sold 90 handmade t-shirts within 24 hours, with proceeds benefitting Brooklyn Community Services – and a second production run has since followed.

“The vision I had [is] of people wearing something that makes them feel proud, regal, uplifting and upstanding,” Gregorio told a reporter for WWD. “There were students of mine from Pratt and kids from the neighborhood modeling – it just felt very much about my community and giving back to my community.”

Now that Dear Ivanka activist Jim Walrod has seen Gregorio’s crown designs, he has asked if they can be used for upcoming posts and protests. “He has really established something ongoing,” the Brooklyn-based designer points out. “That’s what everybody is feeling right now – nothing is going to end very quickly…. We all have to stay involved.”

As a summer intern at Speak Up Africa, Julia Steketee 18 FD learned about Senegal and how to use her design skills to help people.