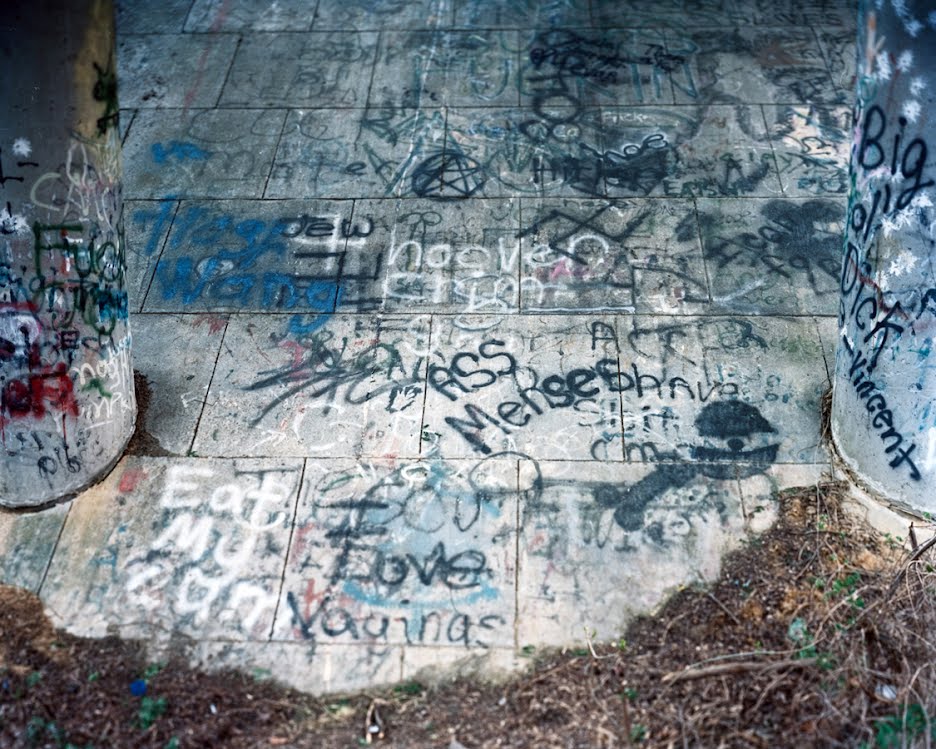 "I really can't remember what motivated me to pick up a camera for the first time," says photographer and writer Stanley Wolukau-Wanambwa. "I just recognized that there are things... I wanted to look at more—to marvel at or puzzle over—and that the way to do that was by making photos."

Originally from the UK—where he studied philosophy and French as an undergrad at Oxford before coming to the US to earn an MFA from Virginia Commonwealth University—the new assistant professor and graduate program director of Photography now focuses on how images produce, perpetuate and importantly, also challenge cultural assumptions about identity.

Here Wolukau-Wanambwa reflects on the role of photography in inspiring new ways of seeing, being and understanding.

Where are you from and how did you originally get into photography?
I grew up mostly in England, but also lived in Scotland, Zimbabwe and Saudi Arabia, and I started making capital-P photographs when I was 17 years old.

My dad was an enthusiastic amateur photographer and had a really impressive collection of cameras, but making pictures wasn't something I took very seriously right away. It was just something I did while moving through the city on my way to meet friends.

Before I started consciously making art photographs in my late twenties, I had already begun writing extended critical essays about photography.

During undergrad I spent roughly half my student loans on photo books and, even though it wasn't what I studied in school, it quickly became what I was most interested in. I was rapt and enthused to figure out why I was so drawn to photography and what it does and what it makes possible.

How does your early interest in philosophy inform your understanding of photography?
In retrospect it might have been precocious of me to major in philosophy, but I was very interested in how we perceive things and whether our perceptions align with how things are actually arranged. I think a lot of my interest in making photos is driven by that same impulse.

Growing up as a black person in a white country you learn a lot about how people perceive one another and how perception informs and legitimates action. So it makes sense that I became interested in a medium that continually re-poses the question of how you confirm a judgment or justify a course of action when a relative and partial perception of something is taken as absolute fact.

How do you think a person’s approach to photography differs when picking up a camera rather than a smartphone?
I don’t think the impulse to take pictures is changed that much by the tool someone uses, whether it's a phone or an SLR or analog camera. People come around to photography in many ways.

I've done a lot of high school recruiting over the years and the most common story I hear from students is that they like to make photographs of the people they love.

Generally speaking the most common way in for them is that they're the person in their group of friends who takes pictures of everybody else. It says something that there would be a designated photographer when everyone in the group can share that role.

If you're with your friends and are constantly stopping to take out a camera, then you might be physically with them but you're also fundamentally not with them in a really important way.

People with that disposition tend to want to be behind the camera. Whether or not the tools have changed, I imagine what sustains their practice over time is that taking pictures helps them feel like they're fully able to be who they are.

As someone who has taught at SUNY and worked with students at Yale, Cornell, NYU and The New School, what do you think of RISD so far?
It's expected that I'd say 'it's been great!' and the truth is that it has been. There’s a reassuringly high degree of enthusiasm among students and a really healthy ethos in the way they relate to one another. They seem to be possessed of genuine ambitions for their own forms of discovery.

It’s extraordinarily easy to teach students who know why they’ve come to school and what they want to accomplish while here.

I’ve also known the Photography faculty in some fashion for many years, [which] makes the transition easier.... There's a great opportunity for us to renew the program's traditional strengths and enhance what it contributes to the culture at RISD as a whole. Everyone on the faculty seems committed to making that happen.

In your Contemporary Photography and Research studio, what do you emphasize about the importance of research to the medium?
I want to support students in interrogating the bases, logics and parameters within which they’re making and thinking. So besides pragmatically learning how to look tactically and with discipline and rigor, [students] learn how to deal with uncertainty.

I understand that it's expensive to earn a degree here—and so the idea of uncertainty being welcomed into a learning experience in ways that might impact academic performance or future job opportunities is something that some students may struggle with.

Unfortunately art does not—and in some fundamental ways cannot—care about that.

Both art and research require tremendous serendipity, accident, diversion and digression. You shouldn’t know where you'll end up on the basis of where you start.

What are some of the aesthetic impulses and historical influences that drive your work?
Influence is a tricky thing. The curator David Campany has said you shouldn’t pay attention to who artists say their influences are because their most powerful ones are subconscious.

But who am I thinking about at the moment? I’ve been looking at Sharon Lockhart’s work with increasing frequency over the last few months with a really deep sense of awe. Her work stuns me.

In my writing I’ve been thinking more and more about how the field of black studies presents an important intervention into theories of visuality. Photographic theory, especially in the art realm, has been written by, about and for white people, and there’s actually a lot more to be said about these things than theorists may have presumed in the moment.

The defensive counter to this claim is that “these are things that people know now that they didn’t know then,” but that notion quickly falls away.

What are you working on right now?
In my photographic practice I’m gearing up to begin a new body of work called At the Property Line. I don’t know how long it will take but it will involve a pretty substantial amount of travel in and around the Caribbean, South and Central America, and the southernmost parts of the US. I’ll start chipping away at that over the next few years.

I’m also in the midst of writing a book of mostly new essays on various contemporary fine art photographic projects from the last several years and am serving as a series editor for an anthology project that will gather thematic collections of essays interrogating the role, function, history and nature of the image from a variety of vantage points.

As somebody who has written criticism, I think it’s possible to deploy those critical skills in order to turn up the ground and bring certain things to light. Art... can contribute to philosophical and theoretical endeavors in really important ways—and I’m eager to explore those.

Hale County This Morning, This Evening by RaMell Ross has been nominated for a 2019 Academy Award for Best Feature Documentary.