The Impact of Values-Driven Design

In a mid April talk on campus, Netflix's Steven Johnson urged students to stay true to core principles throughout their careers. 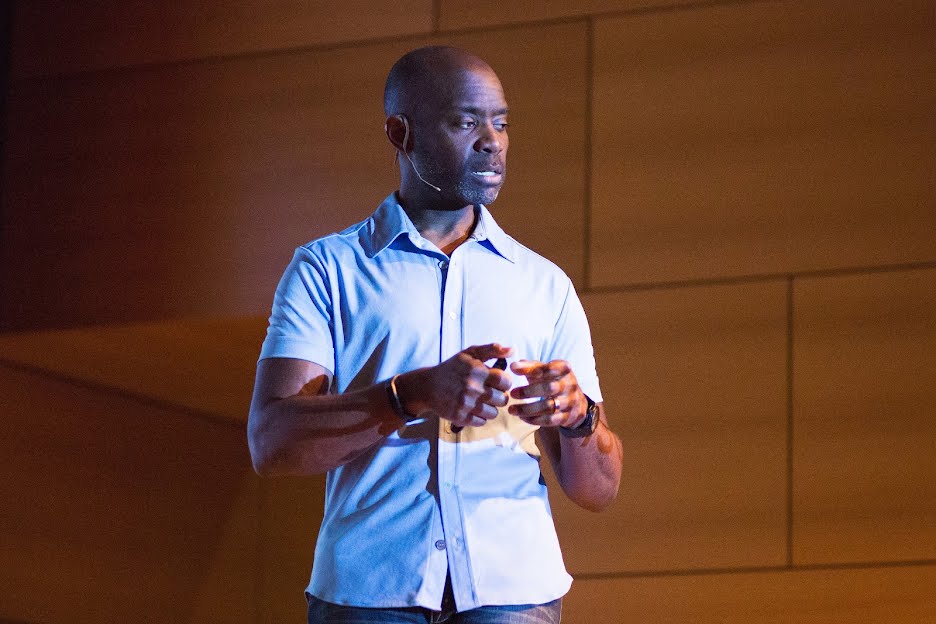 On Thursday, April 19, Steven Johnson of Netflix spoke at RISD about the rewards and challenges of working in major tech industries and urged students to build their creative practices on a strong foundation of core values. “I love the promise of technology,” the entertainment company’s vice president of experience design told the packed house at the Metcalf Auditorium—but now more than ever, fulfilling that promise requires ethically-driven designers, he continued.

“When you leave this amazing school,” he said, “you all can change the world—if you stick to your values.”

Hosted by RISD Careers and the President’s Office, Johnson shared insights from more than 20 years of experience with leading firms like Electronic Arts, Adobe and LinkedIn as well as Netflix, where he leads a “design innovation” team of more than 60 people. “We don’t do redesigns,” the engaging speaker asserted proudly: “but by test, test, testing everything that we do, we constantly work to break the boundaries of how we innovate.”

After briefly noting what he didn’t plan to talk about—his favorite prototyping and creation tools, season two of Stranger Things or why Sense8 got cancelled—Johnson offered his direct, to-the-point advice for people hoping to work on teams like his. “Limber up and stay flexible,” he said, emphasizing that adaptability is a must in the constantly changing digital marketplace. On the other hand, it’s crucial that designers “establish and exercise a methodology” for how they work, especially since winging it isn’t an option when creating for 125 million subscribers.

But even more than talent or design approach, Johnson emphasized the importance of soft skills and intangibles. “Don’t tolerate brilliant jerks—and don’t be one!” he urged. And because global industries are inherently diverse, design professionals need to be empathetic and receptive to a variety of perspectives. “Be as inclusive as possible,” he advised students, so that the teams they work on reflect the world they’re designing for.

After the talk President Rosanne Somerson 76 ID and grad student Bobby Joe Smith MFA 19 GD joined Johnson on stage to talk more about working in Silicon Valley and how to carry the values students express at RISD through their professional lives. “Be honest with yourself and don’t let money seduce you,” Johnson stated, but also don’t assume that large businesses will stifle creativity. On the contrary, companies like Netflix and Google give designers the resources and built-in audience to create at a scale far larger than they could on their own.

Responding to a student’s question about the relationship between design and the liberal arts, Johnson admitted that, since “more and more the tech is about the same” from platform to platform, storytelling is essential to good design. “Why am I using this over that? Because this is delightful. So don’t ever do a thing that’s just cool. Tell the story of why.”

In a Wintersession studio sponsored by IBM, students explored the value of empathy in systems design.