The Very Picture of Good Health

In March RISD will host Make It Better: a Symposium on Art, Design and the Future of Healthcare. 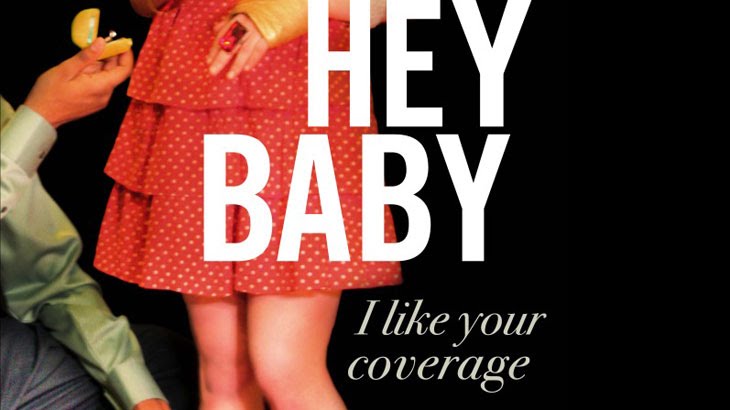 In March RISD will host Make It Better: a Symposium on Art, Design and the Future of Healthcare. The two-day conference, March 11-12, is sponsored by theRobert Wood Johnson Foundation and brings together leading artists, designers and activists with policymakers, health professionals, entrepreneurs and the general public to explore the role of art and design innovation in healthcare delivery, public health and everyday wellness.

According to Deborah Bright, RISD’s Dean of Fine Arts, “We are asking questions such as: How can artists and designers contribute to public discourse on the complex issues associated with health and healthcare – from medical and ethical considerations to economic, political and cultural concerns?”

Also thanks to RISD, there will be some additional voices at the table. On display outside the RISD Auditorium will be student projects fromMaking It Understandable, a Wintersession class that looked at how visual communication can be used to help explain the complexities of healthcare reform to the general public in more readily accessible ways.

Taught by Lindsay Kinkade MFA 10 GD, who brought her background in journalism and an interest in public policy, the class incorporated visits from healthcare policy experts, including Rhode Island’s Lieutenant GovernorElizabeth Roberts. During the six-week studio, students tackled the problem of how to convey a raft of complex information – much of which is not understood, even by policymakers, to help the general public make decisions about their healthcare.

Stephen Goetschius MID 11 and Camilla Fucili MID 11 collaborated on a stop-motion animation that evokesSchoolhouse Rock in its lighthearted yet pragmatic explanation of the new legislation’s day-to-day impact.

Liz Wikstrom12 IL's medical supply-inspired jewelry (a jewel-encrusted inhaler and gold-leaf, fur-lined finger splints) became the basis for a poster campaign to convey the social commentary that without healthcare reform, basic medical services are still an unattainable luxury for many people.

Andrea Abarca-Grimsley MA 12 created a booklet in Spanish called¿sabía usted? (Did you know?) for RI’s Latino community, a “minority” that constitutes more than 10% of the state’s population. As part of her project, she also designed collateral showing how the booklet can be advertised at bus stops and made available online via an “open-source” model in addition to distributing print copies at community clinics and other traditional venues.

When Lieutenant Governor Roberts visited, she spent most of an afternoon offering constructive suggestions for how the prototypes could be developed into effective tools for policymakers or for outreach to Rhode Islanders, 150,000 of whom have no health insurance.

“The dialogue around healthcare reform has focused too much on its technical aspects and not enough on human value,” Roberts said. “It’s really about social change, ethics, values and fairness. We don’t talk enough about these things.”

According to Kinkade, this is where the real value of a RISD education shines through. “The thing that sets our work apart,” she said, “is that it’s made by hand. This doesn’t happen in policy land where everything is graphed in Excel or PowerPoint. These projects are accessible and human-scale and speak directly to people.”

She continued, “What does it mean that all these students can now talk about healthcare policy? And what does it mean when the Lieutenant Governor is talking about design?”

It means the message is starting to get through.

Keep the conversation going at Make It Better, March 11-12, 2011 at Rhode Island School of Design. Admission is open to the public and free of charge, but requiresadvance registration.

Watch ‪Healthcare Reform: The Next Generation‬ a stop-motion animation film