At a screening of his film Two Trains Runnin’, director Sam Pollard encouraged students to embrace the challenge of turning history into socially conscious documentaries. 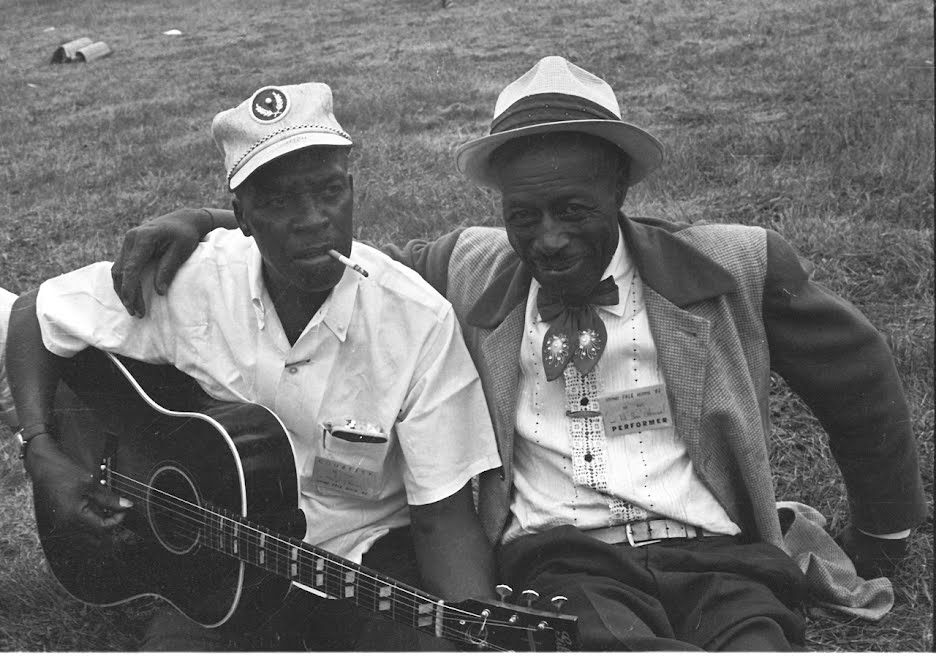 At an October 27 screening of his 2016 documentary Two Trains Runnin’, filmmaker Sam Pollard urged students to push through the obstacles and uncertainty that directors face when making films about real life. “Everything [about documentary filmmaking] feels like it’s happening at the 11th hour,” he said about working in the genre, “but the process of discovery makes it all worth it.” And, in sharing his powerful and timely film about the convergence of blues music and the civil rights movement in the 1960s, the director showed members of the RISD community how such dedication pays off.

An Emmy Award-winning producer and editor, Pollard has made films about such artists as Marvin Gaye and the playwright August Wilson for the American Masters series on PBS. He also repeatedly collaborated with Spike Lee during the 1990s.

Pollard came to campus as part of RISD’s partnership with The Seventh Art Stand, a national “rapid response initiative” that uses film to spark civil rights dialogue, and Dorcas International Institute of Rhode Island, a local nonprofit serving immigrants, refugees and underserved people throughout the state. In introducing the director—who also teaches at NYU’s Tisch School of the Arts—Professor Sheri Wills expressed enthusiasm for how initiatives like this can support RISD’s Social Equity and Inclusion Action Plan, a new initiative announced by President Rosanne Somerson 76 ID in September.

Written by Benjamin Hedin, Two Trains Runnin’ tells the story of how separate groups of country blues fans (one from Massachusetts, the other from California) converged in Mississippi at the height of the struggle to ensure voting rights for black Americans. Blending interviews, archival footage and animation, it chronicles how their respective searches for obscure bluesmen Son House and Skip James dovetailed with conflicts between segregationists and voter registration volunteers, and the murder of three civil rights activists during the Mississippi Freedom Summer of 1964. The documentary was named a New York Times Critics’ Pick last year and WTF podcast host Marc Maron praised it for “melding two elements of the human heart that transcend bigotry and rise above hate: music and righteous activism.”

During a Q+A following the screening, Pollard said he was especially motivated to show how this history connects to present-day voter suppression, racially motivated violence and the activism of groups like Black Lives Matter. The film took him more than three years to make and, he admitted to the audience, was rejected by multiple film festivals before arriving at a successful run on the festival circuit. “But if you find just one small festival to take your film,” he told the aspiring filmmakers in the crowd, “things can really start to roll.”

Is it frustrating, asked an audience member, when the historical record doesn’t cooperate with a documentary’s blueprint? “Oh, that’s normal,” Pollard responded. “The process is one of constant trial and error,” he continued, acknowledging that a successful documentarian needs to embrace that uncertainty.

For Pollard the pleasure of filmmaking comes from satisfying his thirst for knowledge, and he enthusiastically encouraged others to join him in sharing these stories. “There are hundreds of them to unearth,” he said, “so if you can find a way… you can make some great documentaries.”